The clergyman died after being attacked by unknown assailants while conducting a lone vigil in his Goodnews Power Assembly International in Nyanya-Jikwoyi area of Abuja.

The pastor was attacked on Tuesday night and was barely alive when he was seen on Wednesday April 14.

Rev Emeka Evans Unaegbu died while being rushed to the hospital. Friends and family have taken to Facebook to pen down their tributes. 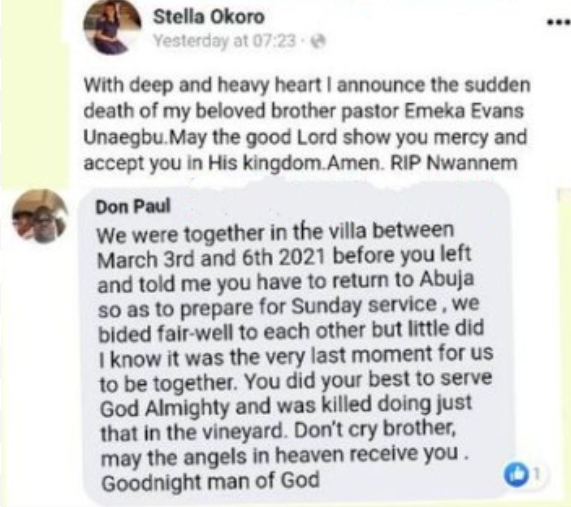