http://humanesmarts.org/sign-up-for-our-newsletter/ It was gathered that Ebirien- Agana, said to be a staff of the Local Govt Council, was ambushed along the Igbo-Etche road by the gunmen while on his way home between 8.30 and 9pm on Friday, November 20.

According to reports, the gunmen dragged him out of his car, shot him and drove off. He was rushed to the hospital by good Samaritans where he was confirmed dead by a doctor.

Spokesman for the State Police Command, Nnamdi Omoni, who confirmed the incident on Monday, November 23, said efforts are ongoing to arrest his killers.

Meanwhile, friends and community members have taken to Facebook to mourn his death. One Gogonte Obediah described the late engineer as a patriot and lover of people.

“Yesterday was indeed a sorrowful day for Andoni LGA. As a people, we are deeply sorrowful and very much confused,” he wrote.

“We lost one of our finest brains, a patriot, a lover of the people, a motivator and a mobilizer.
Engr.Michael Ebirien Agana was a good man. I got to like him in my early days as a Youth Star of the Anglican Youth Fellowship Nig. Uncle Mike was one of the AYF leaders to reckon with. Uncle Mike and the likes of Bro Anthony Waribo now Chief Uruk, Mr.Barth Nengia, late Wilcox Ngbowa (Then President AYF), Bro Bethel Pious now (a Priest), Gogo Ubulom, and many others made my entrance into the popular Anglican Youth Fellowship Worthwhile,”

“Mike died a violent death, killed by the enemy’s bullet. We pray God to guide the police to uncover the people behind his gruesome assassination. We need justice and the Wicked must be made to taste the bitter repercussion of the water of justice. Rest on Sir.” 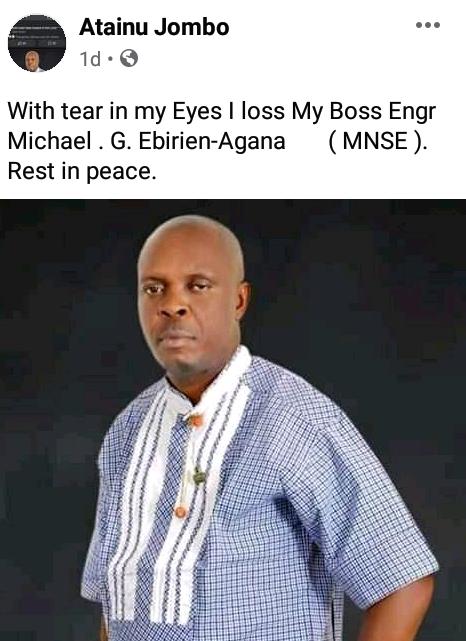 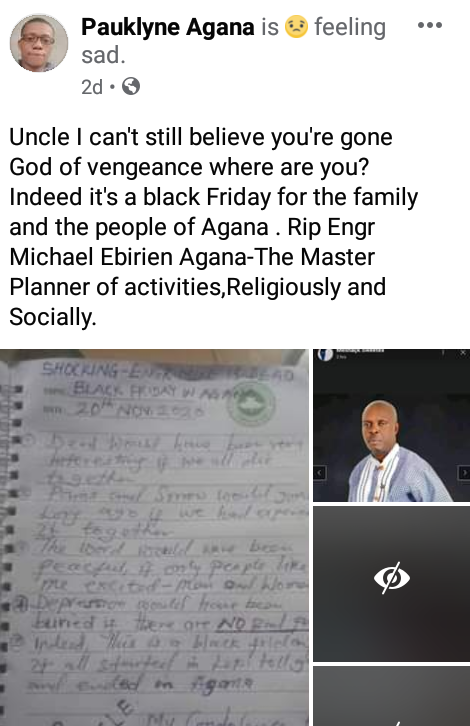 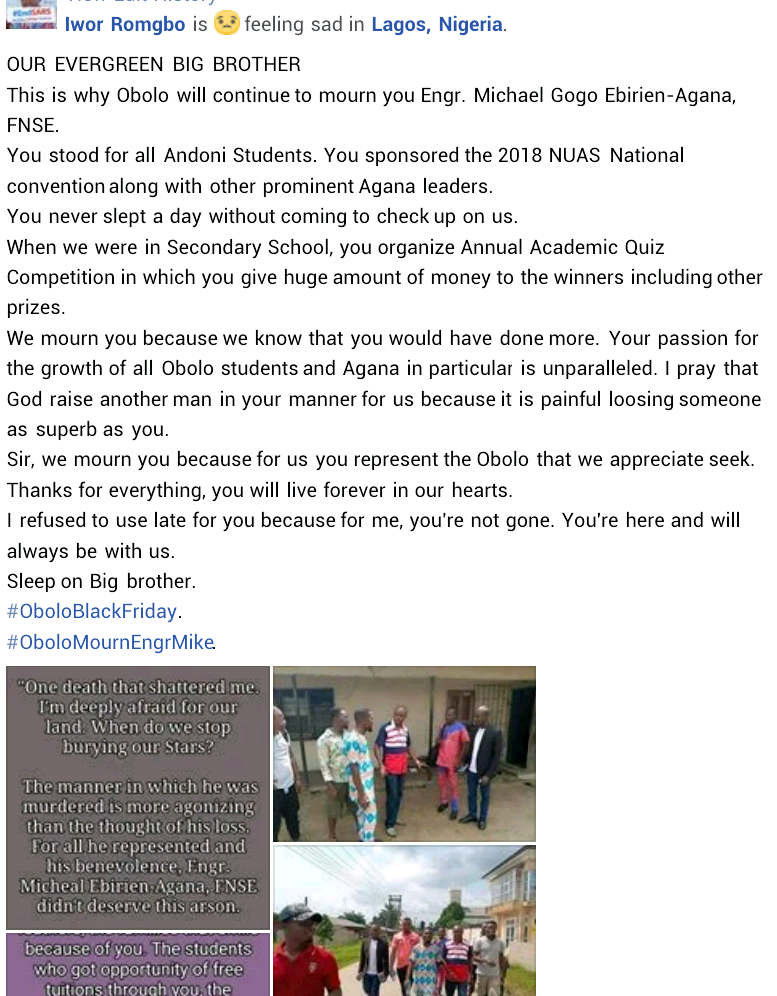 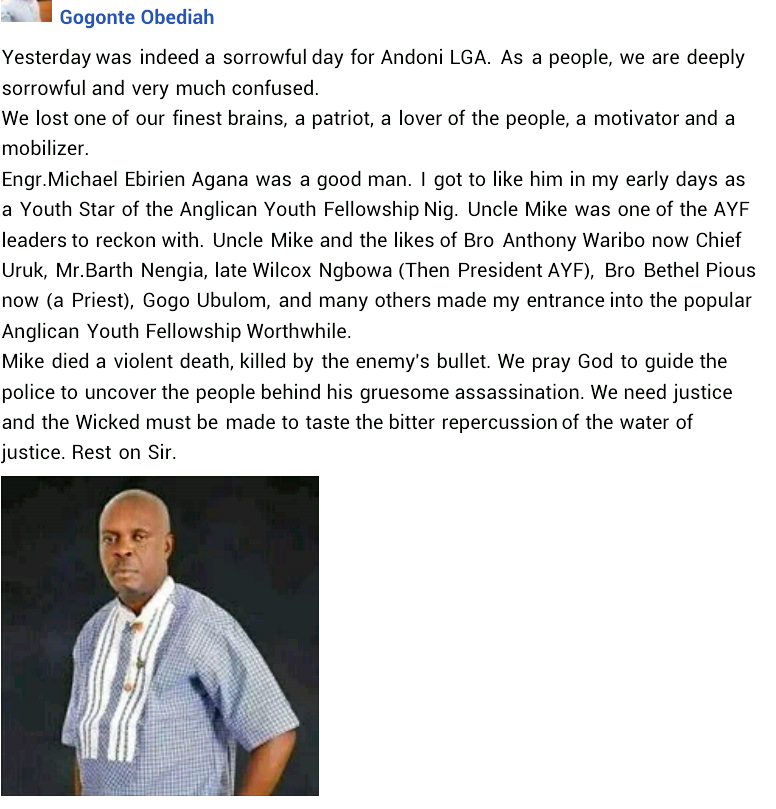