Tragic moments a bereaved mother was spotted with a dead child cuddled up at her back, as reported in a touching video making the rounds on social media shows

According to the grieving mother, her 5-year-old child was allegedly poisoned to death. 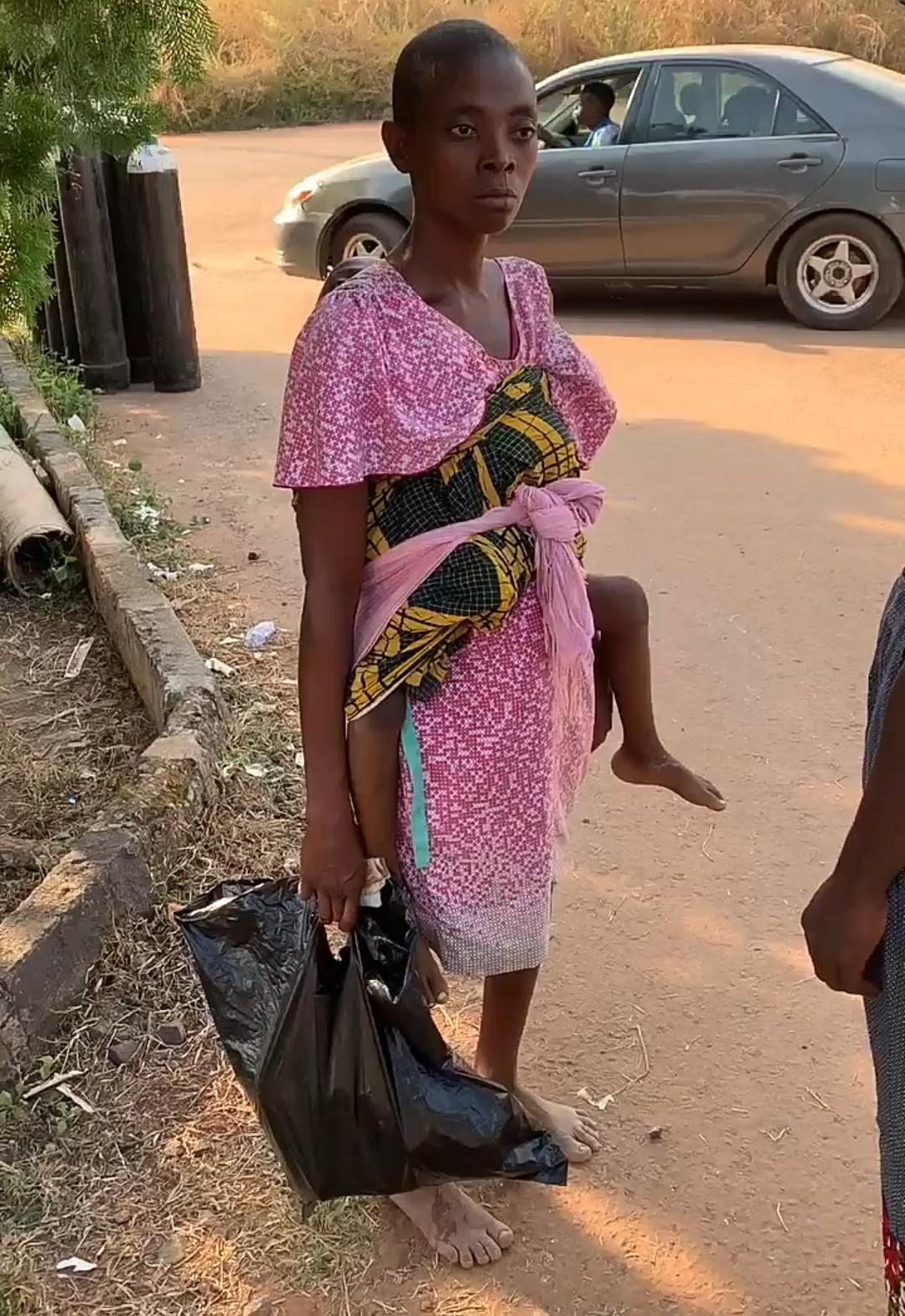 In a viral video, the mother complained bitterly over the hardships she has been facing, and wondered how she was going to survive now that her only child is gone.

She also mentioned that ever since she has been hustling to make ends meet, her late child has always been the one lending her a helping hand.

The grieving mother who spoke in Igbo language kept asking who will help her now that her child is dead.