Floyd Mayweather COULD beat up both Logan Paul and Jake Paul on the same night … but he won’t, according to the man who runs Mayweather Promotions.

Remember, Floyd took the mic at Hard Rock Stadium on Thursday and said he would have no problem beating “two fake fighters” on the same night.

Jake Paul confronted Floyd about the situation — and with news cameras rolling, Floyd yelled for his manager to draw up the paperwork.

Hell broke loose after that … but when things finally calmed down, we spoke with Mayweather Promotions CEO Leonard Ellerbe and asked if there was any real chance fans would get a 2-for-1 special on June 6. 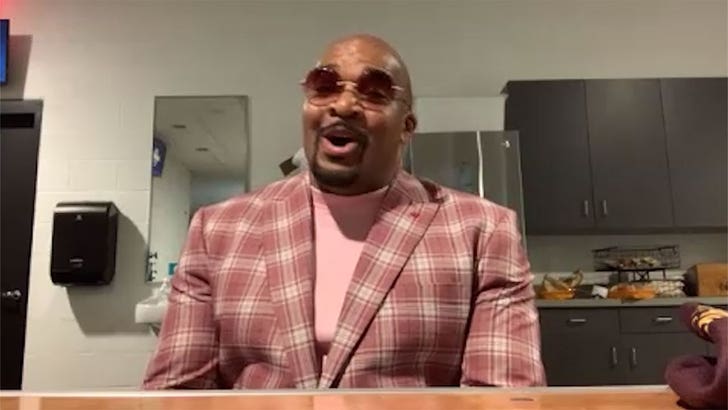 “Realistically, he could [fight both brothers], but no … from a business standpoint, no.”

Ellerbe continued, “[Floyd] and Logan are gonna have a great exhibition on the 6th of June and the whole world will be entertained.”

As for the possibility Floyd could fight Jake on another date down the road? The door seems to be open on that …

Who knows?! Who knows what the future might hold?!”

In other words, if the Floyd vs. Logan fight does well … don’t rule out Floyd vs. Jake.