Ferguson Cheruiyot Rotich (born November 30, 1989) is a middle-distance runner from Kenya who competes in the 800 meters.
For the event, he has a personal best of 1:43.22 minutes.
SLEEKGIST gathered that he competed for Kenya at the 2013 World Athletics Championships and won gold in the 4800 meters relay at the 2014 IAAF World Relays. 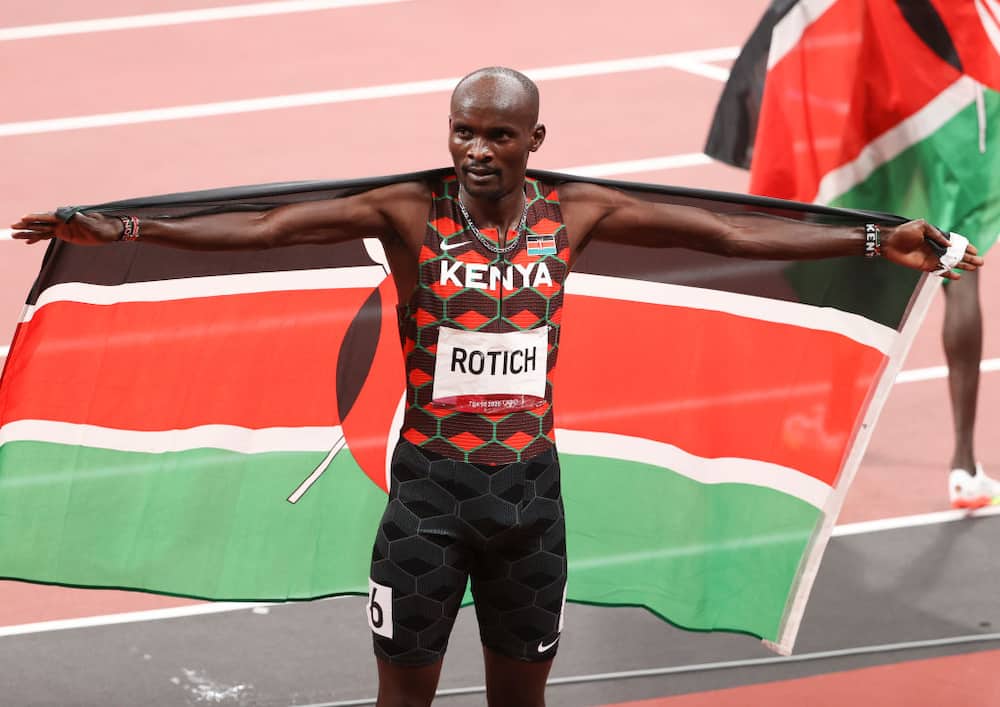 A relative late-comer to the sport, he made his first impact in the 2013 season at the age of 23. He won the 800 m at the Meeting Grand Prix IAAF de Dakar, setting a personal best of 1:45.40 minutes. In his first race in Europe he went under one minute and 45 seconds for the first time to take fourth at the Golden Spike Ostrava. He placed a narrow second to Anthony Chemut at the Kenyan trials in July, improving further to 1:44.38 minutes. This led to his selection for the 2013 World Championships in Athletics. At the competition he progressed to the semi-final and initially placed fifth, but was disqualified for a lane infringement. He ended the year with two performances on the 2013 IAAF Diamond League circuit, coming third at both the Weltklasse Zürich and the Memorial Van Damme. The latter race was the fastest in the year and Rotich’s time of 1:43.22 minutes ranked him as the third fastest in the world that season, making it a rapid rise for the athlete who was unranked in 2012.

At the first meet of the 2014 IAAF Diamond League in Doha he came third. He was chosen for the 4×800 metres relay team (alongside Sammy Kibet Kirongo, Job Koech Kinyor and Alfred Kipketer) at the inaugural 2014 IAAF World Relays event and leading off for Kenya he helped the team to the gold medal.

See also  Who Was Namy Menang Aka Uwu Girl? Tik Tok Star Cause Of Death Reason Dies At 25