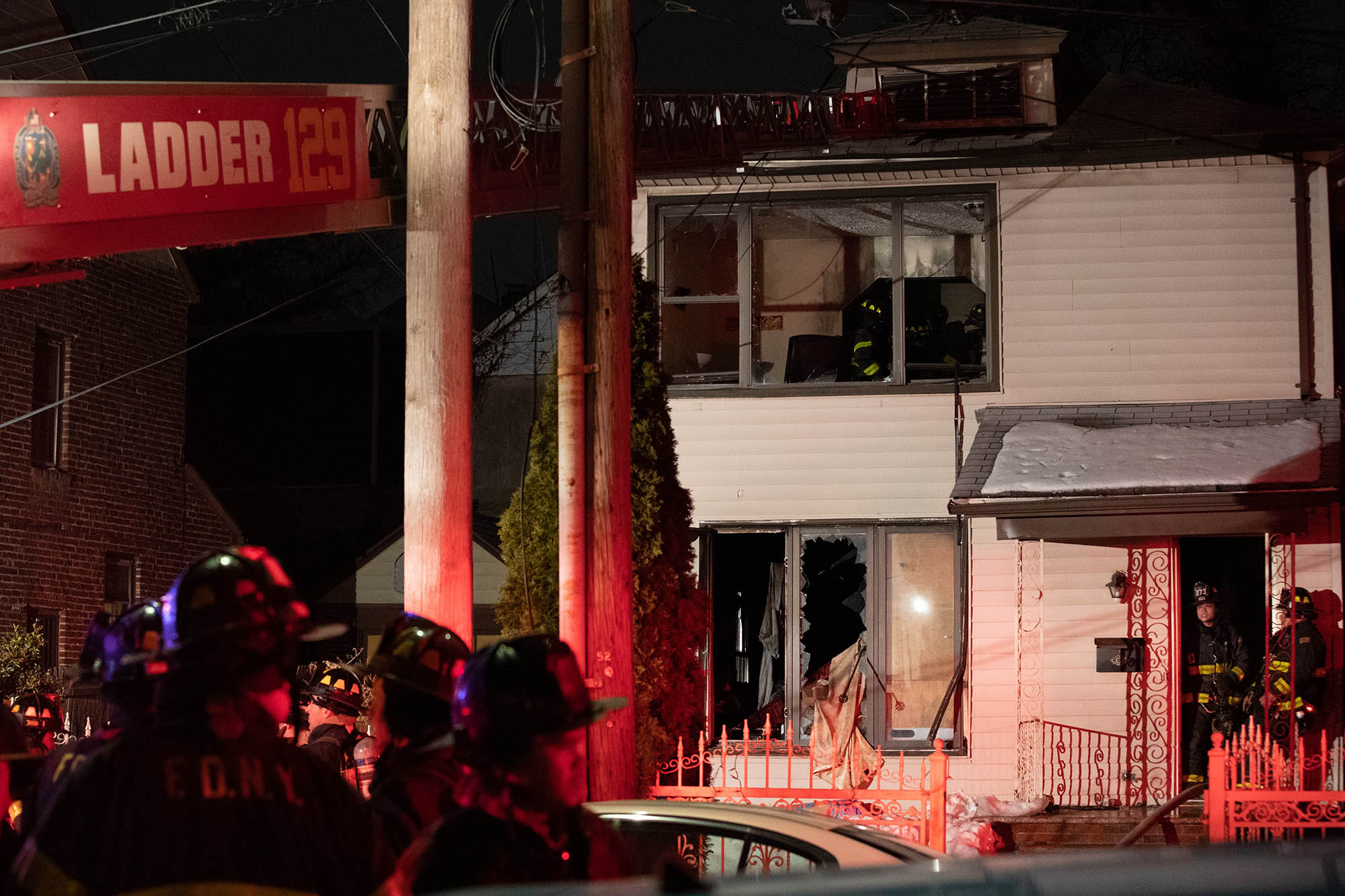 A 65-year-old father and his 6-year-old son were killed in a Queens fire early Monday, officials said.

The blaze broke out around 1:10 a.m. on the first floor of a two-story home on 157th Street near 46th Avenue in East Flushing, according to the FDNY.

Father and son were discovered unconscious and unresponsive inside the home, police said. Both were pronounced dead at the scene.

The boy’s twin brother was taken to Jacobi Medical Center, where he is being treated for burns and is listed in stable condition.

Another civilian refused medical attention, according to fire officials.

Two firefighters suffered minor injuries — one was taken to Weill Cornell Medical Center, and the other went to Queens Hospital, the FDNY said.

Sixty FDNY and EMS members responded to the blaze, the department said.

Firefighters managed to douse the flames by around 2:20 a.m.

The cause was not immediately known.