BBNaija’s Ozo has become the first male Head of House and he chose Dorathy as his deputy. Both won immunity from this week’s eviction.

Today the weekly Head of House Challenge held to decide this week’s HoH and Deputy. And housemate, Ozo won the HOH challenge.

He found it really difficult in choosing his deputy but he eventually chose Dorathy. Which means that she will also be immune from eviction and she will share the exclusive bedroom with him as well.

When she was asked if she will accept to be Ozo’s deputy, she replied;

“With all my full chest”, she said as all other housemates burst into laughter

Speaking to biggie about his victory he said he sees it as a huge challenge to perform better than the two female former HOH.

Ozo emerges as Head of House In a rather keenly contested game, Ozo emerged as the Head of House after he breezed through the challenge that was set for them. However, in order to level the field, Big Brother allowed other housemates to complete their games also. He has since been given 10 minutes to decide whom his deputy head of house will be. The previous holders of Head of House is Nengi and Lucy. Wathoni and Prince were the deputy. Video @bigbronaija #bbnaija #bbnaijalockdown #bbnaija2020 #bbnaijapepperdem #bbnaijadoublewahala #bbnaijadoublewahala #bbnaija2019 #bbnaija2018 #bbnaija2017 #bbnaijaseason5 #bbnaijaseason4 #entertainment #housemates #singlemom #singlemother #realitytv #realityshow

All other housemates are up for eviction. 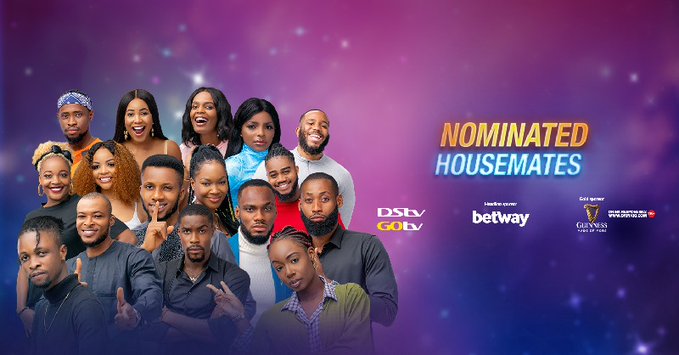 For trying to trick Biggie, Trikytee got disqualified from the @BetwayNigeria Head of House Challenge.

Before the commencement of the challenge, Biggie announced that housemate, Lucy who was the HOH last week won’t be participating in this Challenge and neither can she be appointed as Deputy HoH.