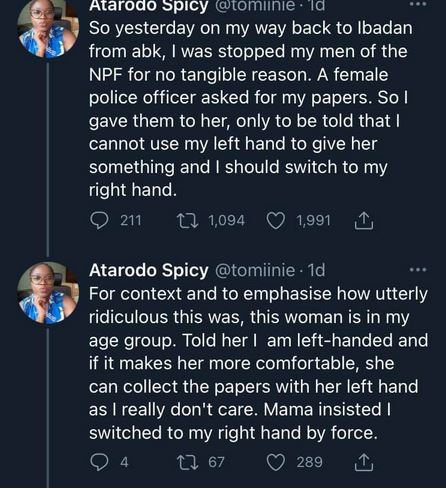 A medical doctor took to Twitter to narrate how a female police officer told her she has no home training and reportedly tried to bully her for giving the documents of her car with her left hand.

@tomiinie disclosed that during the incident which occurred while on her way back to Ibadan from Abeokuta, she explained that she was left-handed to the police officer who insisted that she should use her right hand.

She further revealed that after she refused to give in to the demand of the policewoman who seemed to be her agemate, she insulted her and held on to her documents for over 40 minutes even after her male colleagues kept telling her (policewoman) to let her go if there was nothing wrong with her car documents.

The doctor concluded by calling for the police force to be decentralised and for state police to be created. 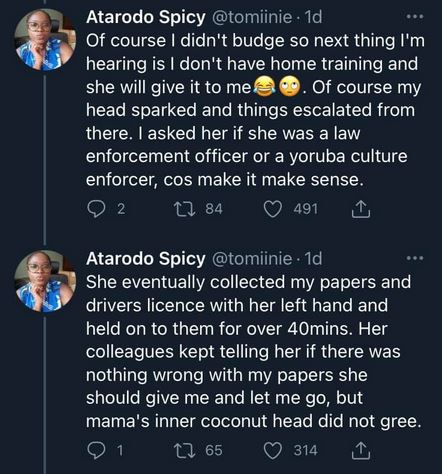 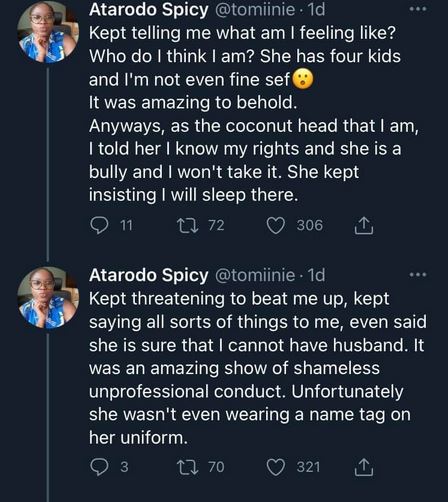 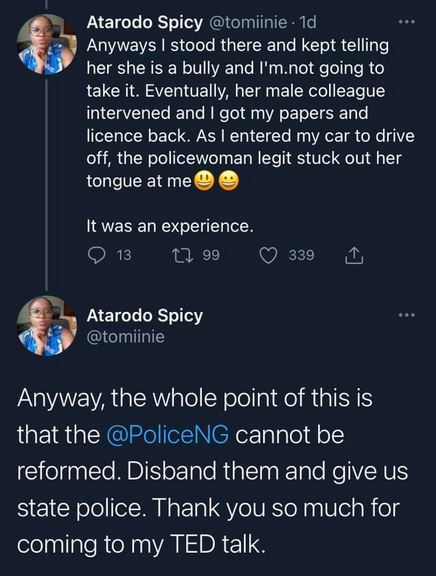