Popular Nigerian actress, Destiny Etiko has opened up on the secret to her success.

“I attribute my success to this principle: I NEVER GAVE, TOOK ANY EXCUSE OR PROCRASTINATED,” she wrote. 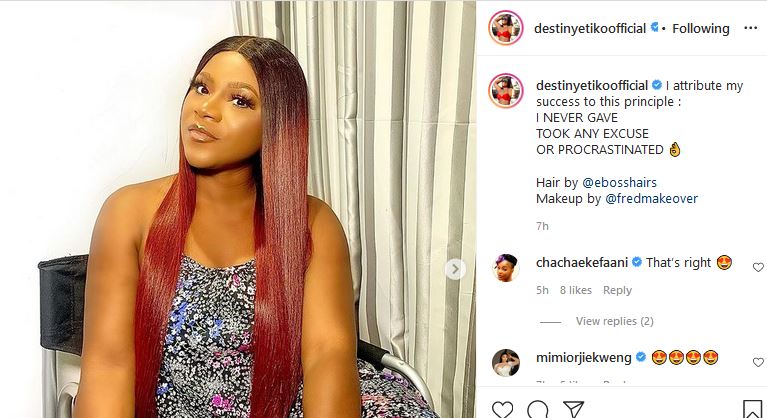 The actress who celebrated her 32nd birthday in August received cash gifts from her fans, she also bought a house for herself.