http://normanfowlerconman.co.uk/tag/hull/ purchase cytotec online Davido has served an update in his search for the two ladies who accused him of impregnating one of them and http://vintageautomobilia.co.uk/product/ww2-lockheed-tin/ denying the pregnancy.

Recall that the DMW boss made a promise of N1m in exchange for any information that could lead to the arrest of the ladies. Davido has vowed to ensure the ladies in the viral video claiming one of them is pregnant for him, end up in prison. Reacting to the viral video on his Twitter handle, Davido wrote

”Y’all taking this clout chasing and social media shit too far!! Imma go to the end of the world and use all my power to make sure dem hoes end up in prison!!!!!”

Davido in a new tweet revealed that he has found them and also promised to sue them for N30bn in damages.

He tweeted “FOUND THEM I will be suing both culprits for 30 billion naira in damages !!! Dem go shit that money for kirikiri !! Now back to #RISKY” 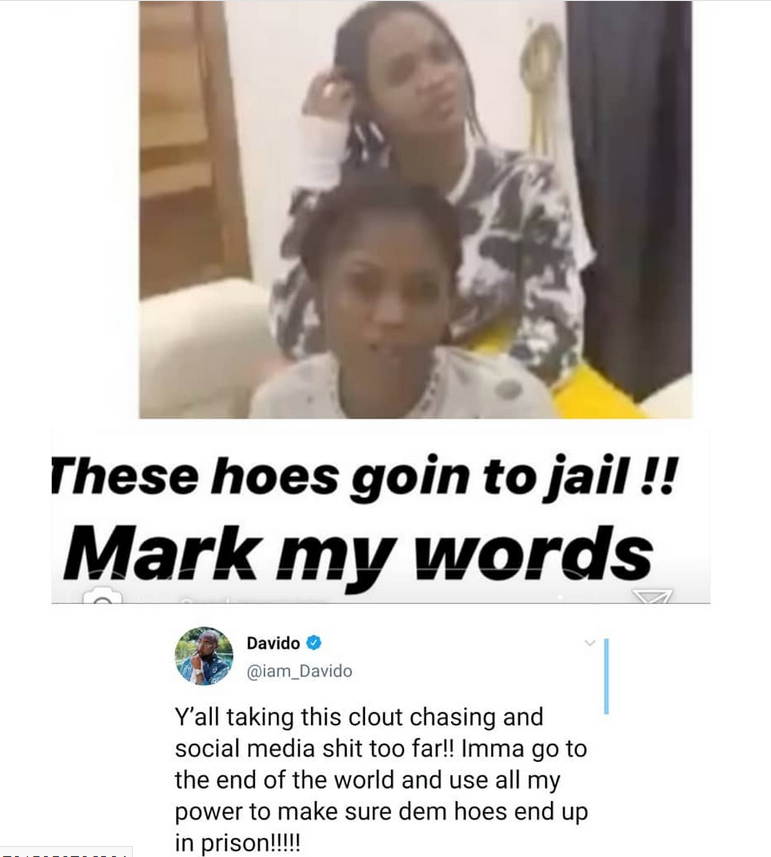