Theater fans rejoice … Broadway is set to reopen at 100 percent capacity on September 14 after a year and a half closure, so says New York Governor Andrew Cuomo.

Cuomo just made the surprise announcement days after revealing Broadway was not in the state’s May 19 reopening plan. He’d stated theaters would need more time to properly get folks back in seats due to the logistics of producing shows at the venues … but now he says they’ll be back in business before fall. 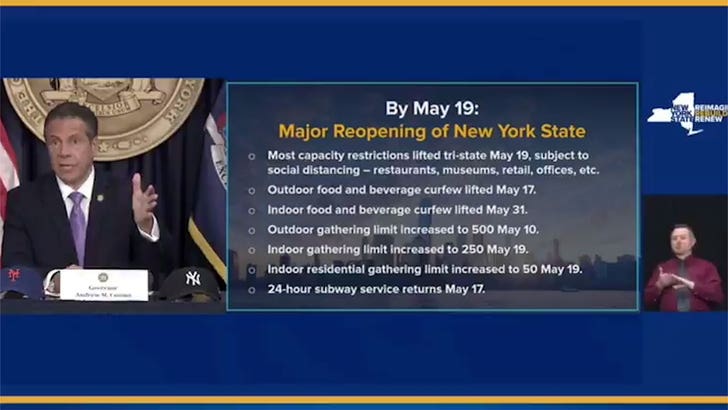 By Sept. 14, it will be 18 full months after Broadway shut down on March 12, 2020 as the coronavirus pandemic became a harsh reality in America.

Both Gov. Cuomo and The Broadway League had previously targeted September as the reopening month … but now there’s an official date.

September 14 falls on a Tuesday, and tickets go on sale tomorrow. Get ’em while they’re hot.