Bobby Shmurda‘s fresh ink is meant to honor 3 heroes of his — one historical, and 2 with whom he has a much more personal connection.

The rapper’s tattoo artist, Daz Leone, tells TMZ … he met up with Bobby at his studio in the wee hours of the morning Wednesday, where he was in a mixing session with his engineer for some new music. 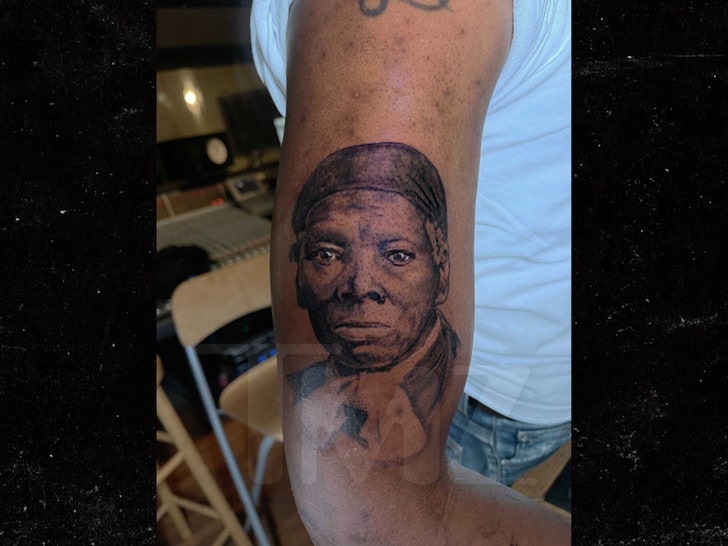 Daz says Bobby wanted to get a Harriet Tubman tat on his arm because she’s an idol of his, and so are his single mother and grandmother who raised him.

We’re told Shmurda’s body art is meant to honor strong Black women, and for Tubman specifically … Daz says Bobby told him her story has always resonated with him as he first learned about her in school, and even more in recent years.

According to Daz, Bobby’s planning to get more tattoos acknowledging Black history after this one. Daz also tells us he’s known Bobby since they were kids and he’s one of the first people he ever tattooed … so his ink is always on the house.

As we’ve told you … the rapper was released from prison early in February after spending 6 years behind bars. He’s a free man now, but still must abide by special parole conditions.