After eviction, housemates are usually faced with myriads of questions about their experience during their stay in the house and their next move in life.

Evicted Pepper Dem housemate,  Tuesdays Ike who was in love with fellow housemate,  buy ivermectin europe Mercy while in the house granted answers to series of questions on his Instagram page some hours ago.

The model replied to a statement about his love interest – a fan had professed love for him and at the same time, urged him not to disappoint  qualmishly Mercy.

As he responded to the statement, he said “Never dat” with a ring emoji after – the “Never dat” meaning, he’d never disappoint his babe and the ring emoji that comes after? 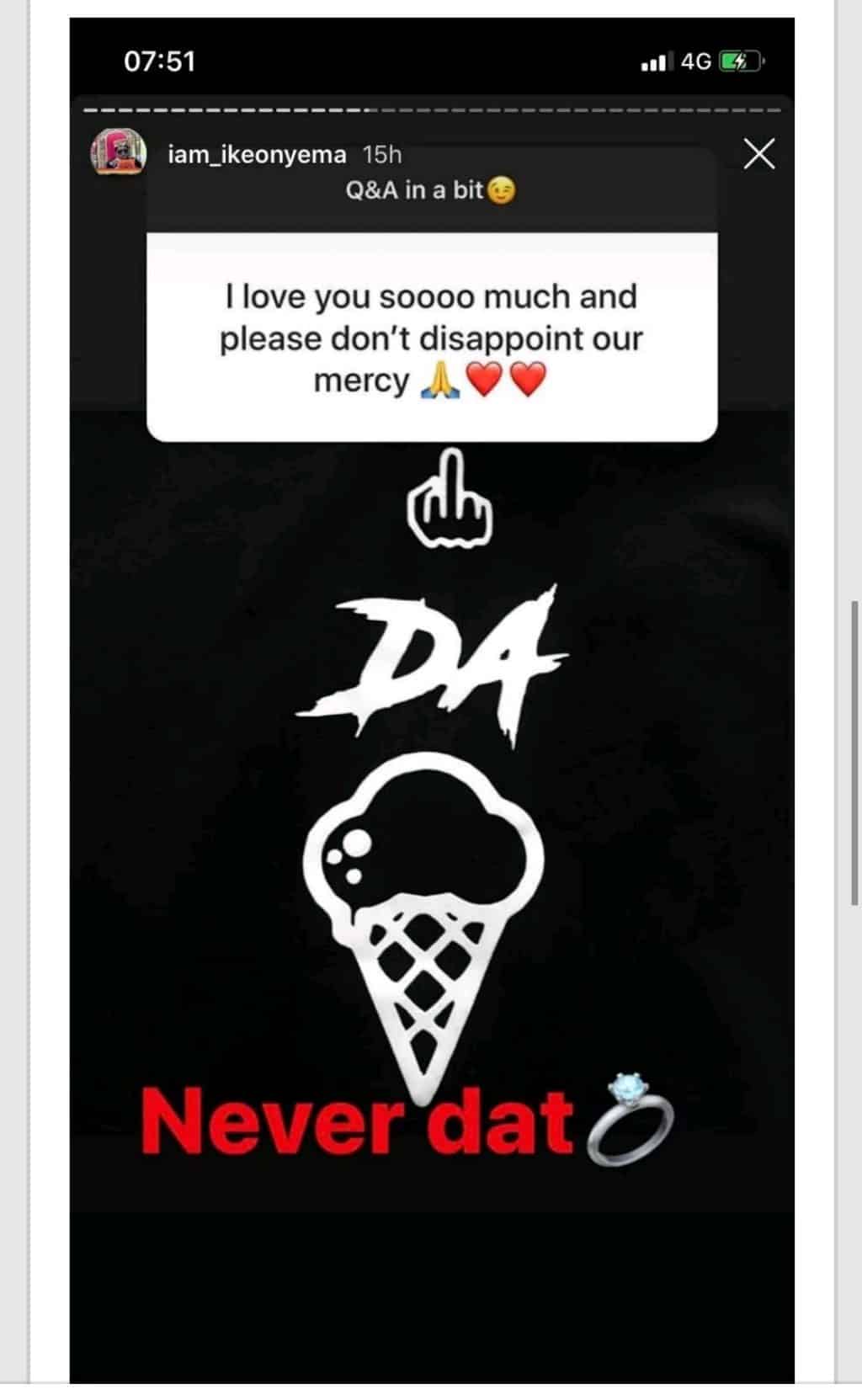 As fans continue to root for Mercy’s win of this year’s edition of the show, other fans who love love, are also rooting for her relationship with Ike after the house. Fingers crossed…