Recall that the reality TV stars had an affair on the show which was criticised by many viewers because of Tega’s marriage.

Few days back Tega Dominic appealed to her fans to overlook her shortcomings and forgive her.

She admitted in her latest interview with Chude that her actions in the Big brother naija house was very wrong and she’s truly sorry.

However, she insisted they never had sex but touched & kissed.

Tega also shared pictures with a short quote in which she solicited the help of God in her future endeavors.

Underneath the pictures, Tega stated that the ladders she never got by holding hands, she got by struggles. She added that she is here and ready to hand as many ladders as possible.

She completed her statement by stating, “So help me God”.

Boma took to her comment section to write ”God bless” which led to fans dragging and warning him to stay away from Tega. 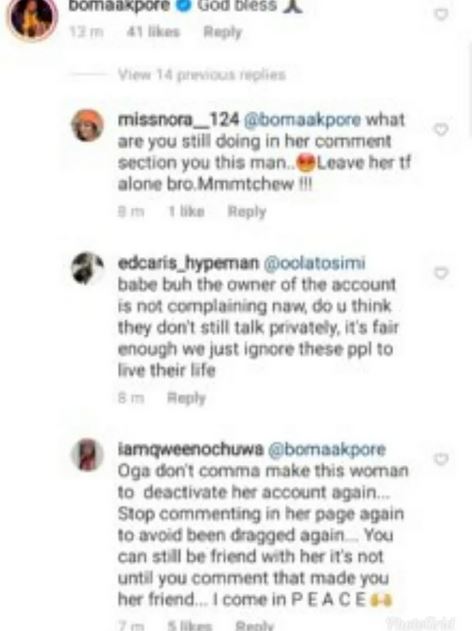