Funke Akindele, popularly known as Jenifa, visited the housemates on Sunday afternoon for @megagrowthnigeria and she lit up the house with her humor, interacted with housemates on their plans and talked to them about the hair product.

During an interaction, she asked each of the housemates about their plans when they leave the Big Brother house, and Mercy opened up about her clothing line and wowed Jenifa when she told her that all the cloths she has been wearing in the house are all her creations…Funke went on to advise them to stop fighting each other because Biggie’s house, she also emphasized that BBN is not a do or die affair…

Diane told Akindele she would like to go into acting. According to her, she is passionate about acting. Jenifa promised her a slot when she comes out.. 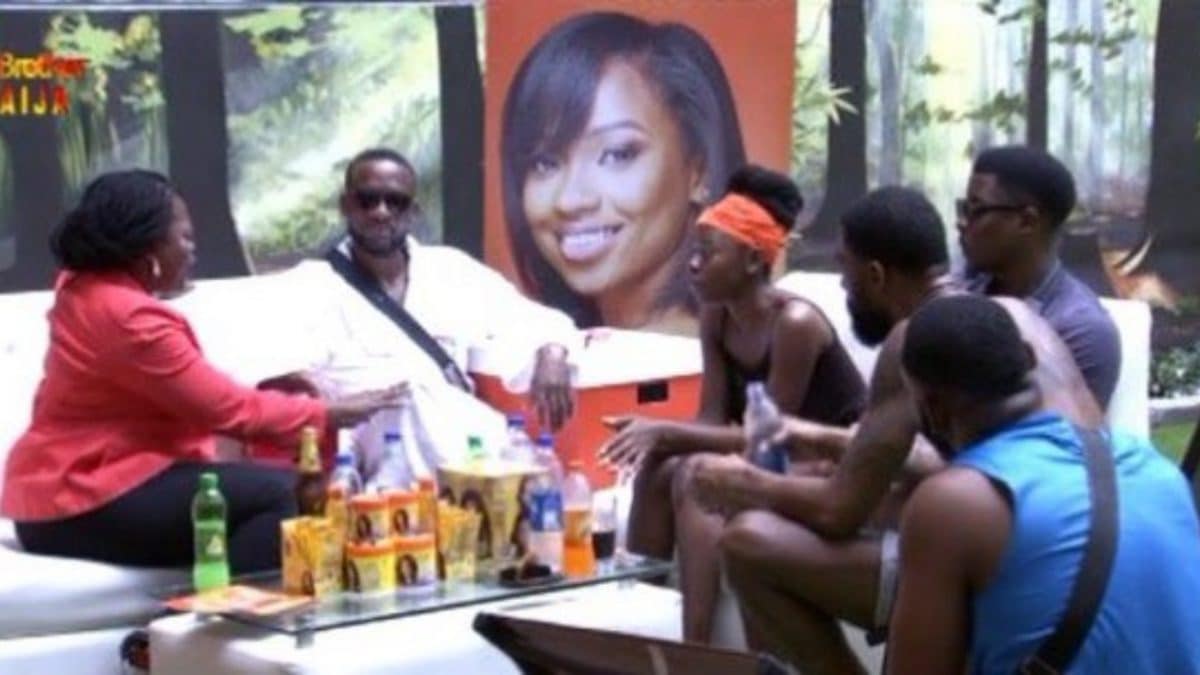 Meanwhile,  there would be no eviction this week but the organisers of this year BBNaija reality show promised a twist to the show.

However, three housemates, Mercy, Diane, Cindy and Frodd were nominated for fake eviction by the housemates.