Yono The wife of comedian Basket Mouth, in the celebration mood has narrated how two hospitals rejected her when she went into labour at midnight. SleekGist

The mother-of-three, who welcomed her third child weeks ago, said she was rejected by the hospitals on the grounds that she didn’t have her antenatal with them.

When she was finally accepted by a hospital after 40 minutes of driving around,  she said she suffered a cord prolapse, causing doctors and nurses to panic.

They had to perform an emergency cesarean section to save mother and baby. Thankfully, both survived.

The baby girl has been named Maya Chiagoziem Okpocha.

Read her story below 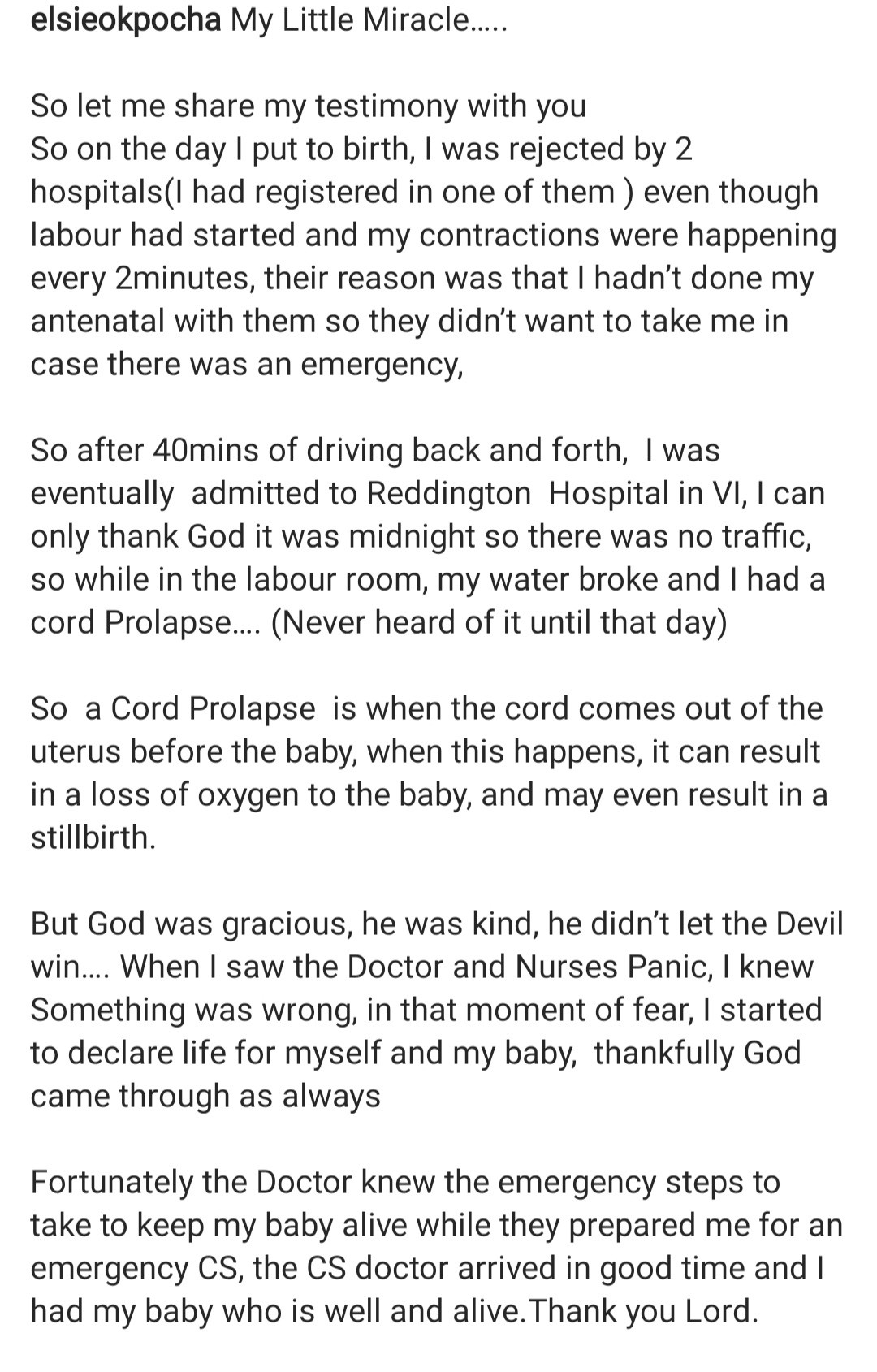