Fruit Cove The 18th October, 2021 episode of Barrister Babu Begins where Bondita gets the news about her pregnancy and her happiness knows no bounds, she says that whether God Snetched Anirudh from her but she has his child into her womb. Meanwhile, she inwardly congratulates Anirudh as well by saying that they are going to become parents. Spontaneous Batuk who became Anirudh asks her to come with him because now they should go to their residence. But hitherto she does not familiar with his conspiracy against her and their child, hence, she agrees to go with him. 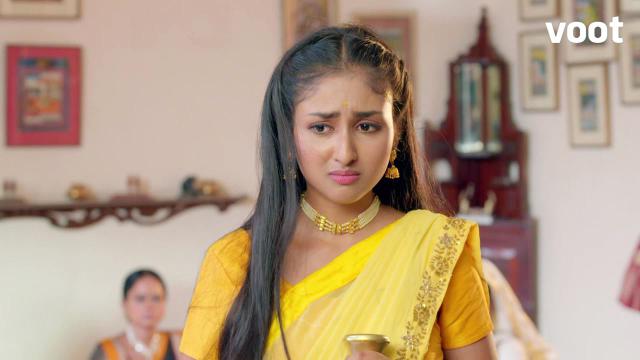 At the same time, Batuk wonders that whatever he is doing now he will not make anyone acquainted with these exploits, especially Trilochan because he does not want to take any chance which becomes the cause of his failure. Meanwhile, makes sure that once he will get success in his plan then he will unleash everything because as far as he has concerned, Trilcohan also does the same as he is doing with Bondita. Because both do not want to see her ahead of Anirudh, hence, he will create such obstacles to tie her foot with the chains so that, she can not look forward to her career.

After a while, Batuk urf Anirudh brings Bondita to Roy Chaudhary’s mansion and everyone welcomes her warmly because they git the news that she is going to give birth to Anirudh’s child. So hence, Trilochan announces that Everyone will have to take care of Bondita, because he does not want to take any chance with her health, at the same time, Sampurna makes sure that she will take care of her. So that, she can not take any stress and her child will be healthy enough, Trilcohan gets happy to see her words because a small guest is about to take place in their family.

It is being speculated that as soon as time will pass a lot of obstacles will be created by Batuk and his flaws make Bondota doubt at him. Because she knows everything about Anirudh such as what he likes, the way he works, the way he dea with circumstances. So it will be interesting to watch that when Bondita will expose him so what will happen in the show, because hitherto he is playing Anirudh’s character very well, but his flaws will make her doubt along with Trilochan. Because only Trilochan knows about Batuk’s arrival and his absence will create doubts as well, So do not miss watching it on Colors at 08:30 PM and for further details connect with us