Couples have been left in limbo once again following Boris Johnson’s announcement that unrestricted weddings are not set to occur before at least June 21.

Thousands of British couples were forced to postpone their special days due to the pandemic in 2020, but now ceremonies arranged for this year are set to still be massively impacted.

The Prime Minister announced the lifting of restrictions on the hospitality industry in the House of Commons earlier today and detailed his roadmap to getting out of the nation’s lockdown.

He explained that weddings with six people in attendance can take place from March 8, increasing to 15 ‘no earlier than April 12’.

From May 17, when Step 3 of his four-part road map begins, the number of guests will increase to 30. No earlier than June 21, and subject to review, there should be weddings with no limits. 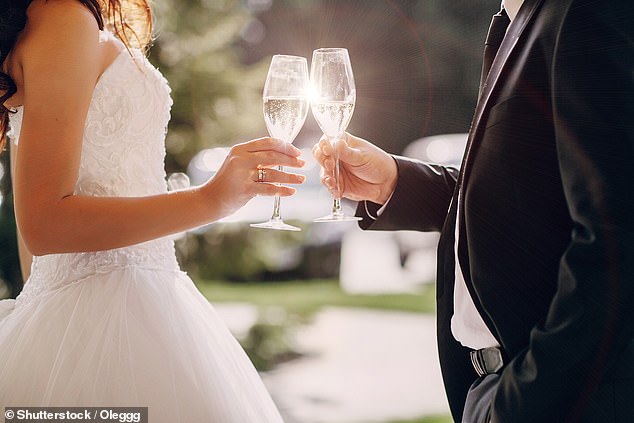 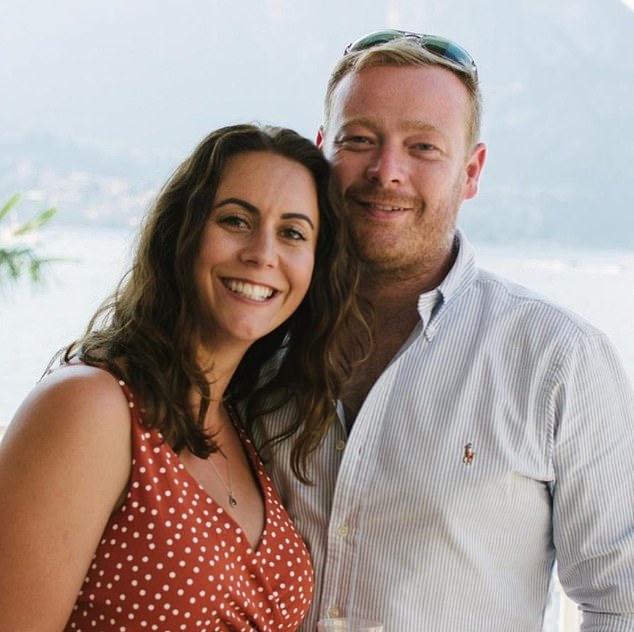 Lara Gill, 32, and Matthew Stokes (pictured together), 40, were set to wed on June 5 and had reduced their numbers to 50 from 70, hopeful they would still be able to go ahead. Today’s news is another huge blow for the couple, who’d originally planned to marry on June 6 2020

Under current rules, wedding ceremonies are only permitted to take place in exceptional circumstances – such as a bride or groom being terminally ill – and no receptions are allowed to take place during the national lockdown.

COUPLE: REARRANGING FOR A THIRD TIME

Lara Gill, 32, and Matthew Stokes, 40, were set to wed themselves on June 5 and had reduced their numbers to 50 from 70, hopeful they would still be able to go ahead.

Lara, who also runs a wedding venue in Cornwall, says the mental health impact for couples is ‘horrifying’ and says she personally questioned Boris Johnson in December at PMQs, and he told her weddings ‘would be back by the summer’. 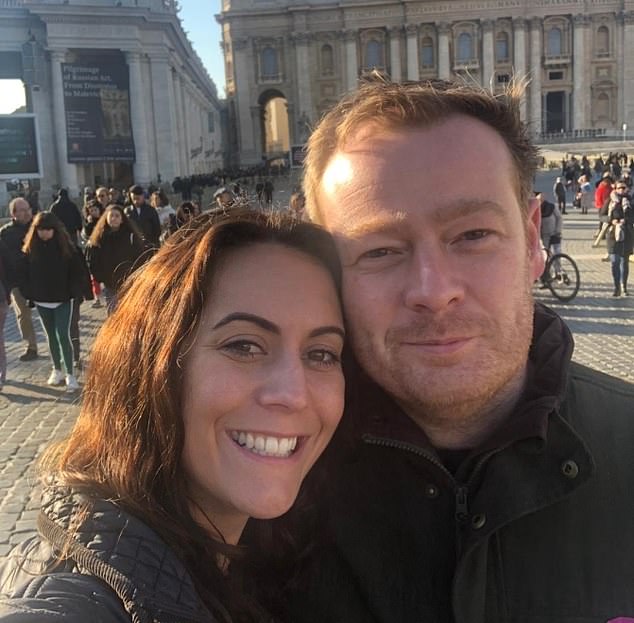 Lara (pictured left with her partner), who also runs a wedding venue, says the mental health impact for couples is difficult, as she plans her own wedding for the third time

An emotional Lara told FEMAIL that it was ‘exhausting’ having to try and rearrange dates again: ”For my own wedding, I’d reduced my numbers down significantly, I really want that celebration, that dance.

‘We hoped with rapid testing and the vaccine roll-out, we’d be able to get married as we wanted to. Now, with my wedding day three weeks earlier than June 21, I’m forced to start planning for a third time.’

Lara said there was relief that her own venue would be able to welcome back weddings this summer, but that she would still be forced to move at least 12 couples who’d booked before June, because they now want a larger wedding. 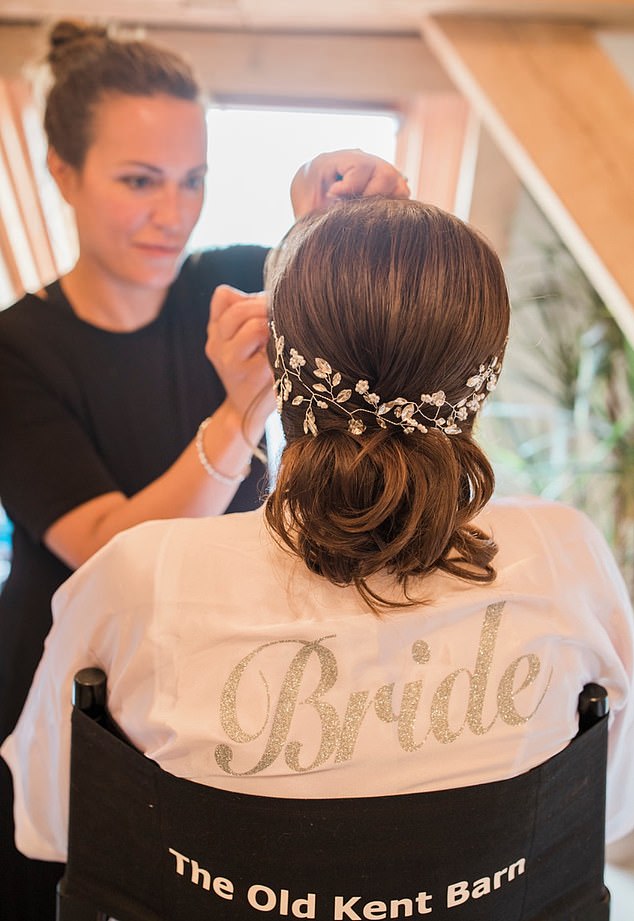 Kirsty McCall, 39, from Dartford in Kent, has seen her business effectively stop, with 93 weddings cancelled in 2020 out of the 100 she had booked in. She told FEMAIL that the prospect of weddings with unlimited guests by the summer offers a huge boost 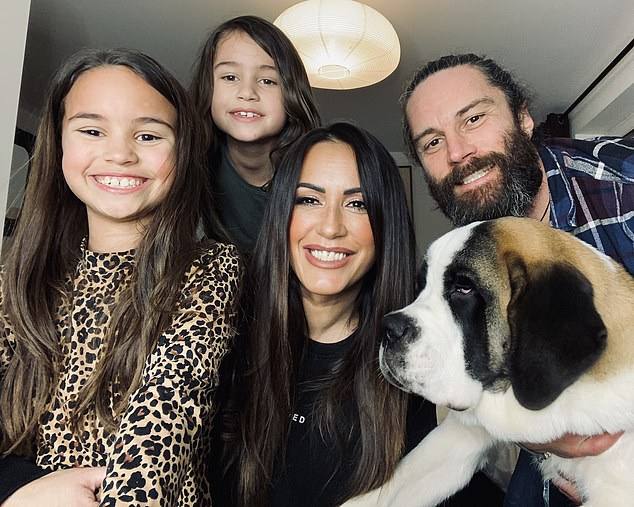 The mother-of-two says her photographer husband Daniel, pictured top right, has been forced to take work as a labourer on £80 a day after wedding work dried up, and she lost £30,000 in work last year (Kirsty with her daughter Beau and son Bruno )

Award-winning hair and make-up artist Kirsty McCall, 39, from Dartford in Kent, has worked in the wedding industry for 15 years and normally travels all over the UK and internationally with her work, alongside her photographer husband, Daniel.

When will weddings resume?

MARCH 8, STEP ONE: Weddings will still be able to proceed with six attendees only, but will no longer be limited to exceptional circumstances.

APRIL 12, STEP TWO: Weddings and receptions will be allowed to have 15 guests.

MAY 17, STEP THREE: Weddings, receptions, funerals, and commemorative events including wakes can proceed with up to 30 attendees. A broader range of stand-alone life events will also be permitted at this step, including bar mitzvahs and christenings.

JUNE 21, STEP FOUR: Step 4 will take place no earlier than 21 June, and at least five weeks after Step 3, following a further review of the data against the four tests. By Step 4, the Government aims to remove all limits on weddings and other life events, subject to the outcome of the scientific Events Research Programme.

Kirsty, who’s a supporter of the #WhataboutWeddings campaign, told FEMAIL that the prospect of weddings with unlimited guests by the summer offers a huge boost.

‘I’m over the moon that hair, make-up and beauty professionals who need close contact with clients can re-open in April,’ she said.

‘It means that my wedding season is back, albeit a few weeks late. I also have the chance to potentially offer brides who had delayed until 2022 the potential for an autumn wedding now.’

She said: ‘I have eight weddings scheduled in April alone. I would expect at least half of my late spring weddings to go ahead, and the rest to postpone into the summer or autumn, which will likely lead to scheduling conflicts for many couples and suppliers.

‘The Prime Minister’s plan sounds encouraging, but consumer confidence is already shaky due to so many U-turns by the government during the past few months.

‘What the wedding industry needs now is financial support and incentives, such as government-backed deposit schemes for couples to feel secure in booking their wedding services without losing more money.’

Elsewhere, florist Jacqueline O Hara, of Suns n Roses Flowers in London, said: ‘This news is bittersweet for the wedding industry. For my lovely couples it means chopping and changing again.

‘Most couples now have a plan A & B. It’s very stressful for everyone concerned. I’m hoping we can all look forward to and enjoy some lovely small spring weddings during April and May and that the industry will definitely open up fully in June.’ 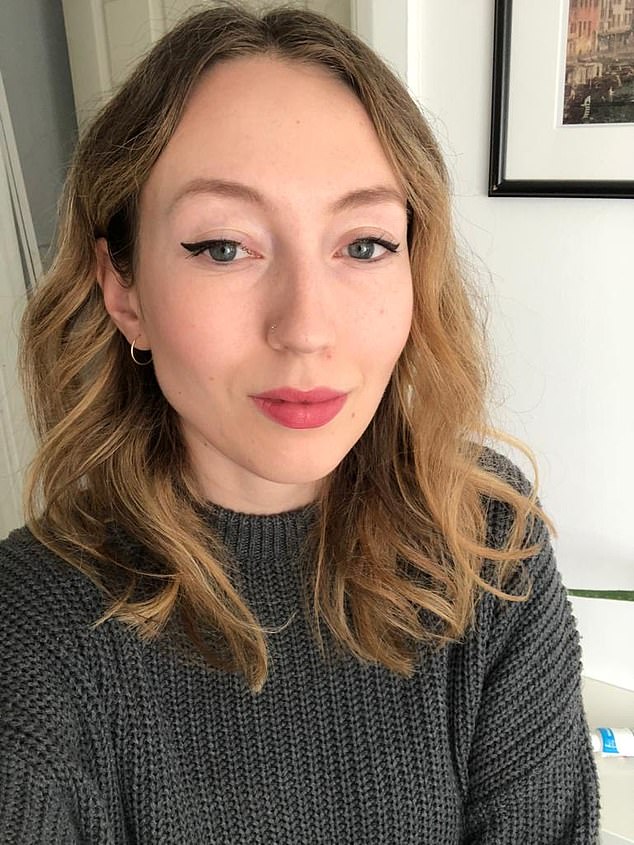 Wedding photographer Elena Popa (pictured), 30, based in the South East, found the Prime Minister’s plans encouraging but said financial help needed to be given

BRIDE: WEDDING TO GO AHEAD

Natalie Taylor, 30, from Manchester, already had to postpone her wedding to Russ Jones once and feared having to rearrange her big day a second time.

But thankfully, she’s one of the lucky couples who might be able to have their summer ceremonies after all.

‘We are so relieved after hearing the Prime Minister’s announcement,’ she confessed. ‘We had to postpone our August wedding last year and it was looking highly likely that we would have to postpone for a second time.

‘Obviously we still have to be cautious depending on the data but the fact we can start planning and get excited again is amazing. Our new wedding date is our 10 year anniversary so it’s going to be super special to be able to spend it with all our loved ones.’ 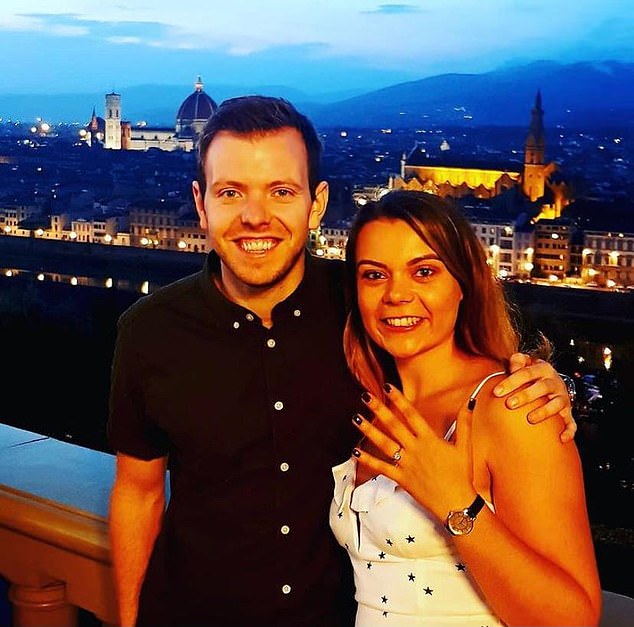 Natalie Taylor, 30, from Manchester, already had to postpone her wedding to Russ Jones (pictured together) once and feared having to rearrange her big day a second time. But thankfully, she’s one of the lucky couples who might be able to have their summer ceremonies

Tamryn Settle, has been a wedding celebrant in Oxfordshire for four years and before that spent 16 years as a wedding planner. She told FEMAIL the decision was a ‘step forward’ but that it was only a small step for so many people in the industry.

‘The level of uncertainty continues because all of the dates outlined are subject to review, we still remain essentially unviable as businesses until June 21st – so there remains a massive problem for the wedding industry.’ 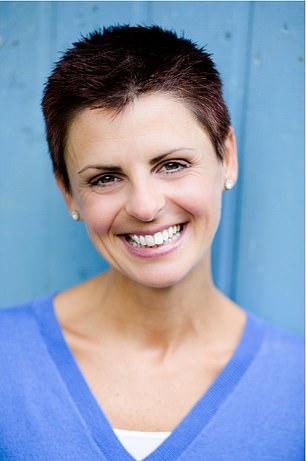 Tamryn Settle, a wedding celebrant from Oxfordshire, says while so much uncertainty remains today’s news is only a ‘small step in the right direction for the wedding industry

From March 8, weddings will still be able to proceed with six attendees only, but will no longer be limited to exceptional circumstances.

At least five weeks after step two, no earlier than May 17, weddings, receptions, funerals, and commemorative events including wakes can proceed with up to 30 attendees.

Step four will take place no earlier than 21 June, and at least five weeks after Step three, following a further review of the data against the four tests.

By step four, the Government aims to remove all limits on weddings and other life events, subject to the outcome of the scientific Events Research Programme.

Last summer, weddings were allowed to resume but with a maximum of 30 attendees – including brides and grooms – as well as social distancing.

Mr Johnson addressed the nation on January 4 and explained England would go into another lockdown the following day, on January 5.

The Prime Minister said in December that he hoped couples would be able to get married again by the summer.

‘My hope is by summer it really will be a different world for the weddings and events industry,’ he said. ‘I hope that your potential customers will be full of confidence and optimism as well and will be getting hitched in the normal way.

‘I think you should be able to plan for a much more active summer and lots of happy nuptial events all over the UK.’