It no news that Chelsea defeated Manchester City 2-1.

The blues won it in the final moments with Marcos Alonso turning the ball in from close range.

Chelsea have nicked it at the death as Alonso lifts the ball into the net.

Here is the bad news

A huge injury blow for Chelsea as one of the club star player was injured in the person of Christensen.

All went wrong for Chelsea at the end of that half – fortunately Andreas Christensen suffered an injury in the incident that led to the Man City goal and hopefully that’s not serious. 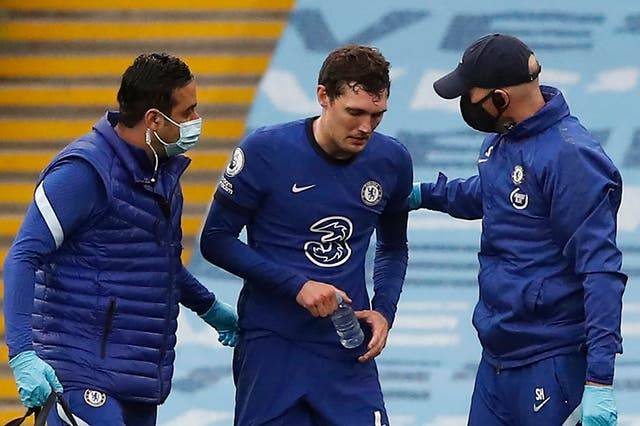 Christensen suffered the injury after being robbed of possession by Gabriel Jesus in the build-up to Raheem Sterling’s opening goal, with the Danish defender appearing to stretch awkwardly before hitting the pitch in pain.

But despite having the goal at his mercy, the Argentine’s touch was off and fortunately Sterling was there to slam it in from close range.

And it was double whammy for the Blues as Christensen went down holding his hamstring.