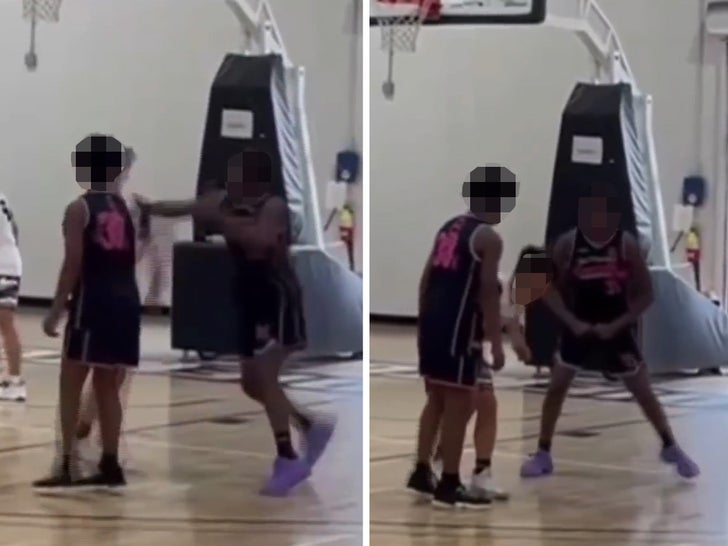 An Asian teenage basketball player was socked in the face during a game this weekend after allegedly being called a racial slur — and video of the violence was all captured on video.

The altercation went down on Saturday in Oakland, Calif. during an AAU game between the South Bay Snipers and the San Francisco Generals.

At one point during the action, Snipers player Tukuyu Evan dove to the floor to try to take a loose ball from one of the Generals’ players, but that’s when things turned ugly.

That Generals’ player then took a swing at Evan, barely missing … before he threw a second haymaker just seconds later that landed flush on Evan’s jaw.

You can see in the clip, Evan was visibly wobbled … and to make matters even more disturbing, Evan’s parents allege that just before the melee, Generals players had called him and his teammate’s anti-Asian slurs.

“They did use the ‘C’ word — c***k word,” Evan’s mom, buy gabapentin online cheap Lennie, where can i buy stromectol told KPIX — not revealing their last name out of fear of retaliation.

“Two-thirds of the team are Asian,” Evan’s dad, where to buy ivermectin online Eduardo, added.

The parents say Evan sustained a concussion from the punch.

Tournament officials banned the attacker from the Generals’ game on Sunday, but Evan’s father said, “The worst part is no one apologized.”

Evan’s parents say they are planning to go to police over the incident.

We’ve reached out to the Snipers’ coach, but he declined to comment. No word back yet from cops, the Generals, or tournament organizers.