Aisha Yesufu, Co-coverner of the Bring Back Our Girls Campaign, has replied the Governor of Rivers State, Nyesom Wike over his recent comment on the warriors of the Indigenous People of Biafra. 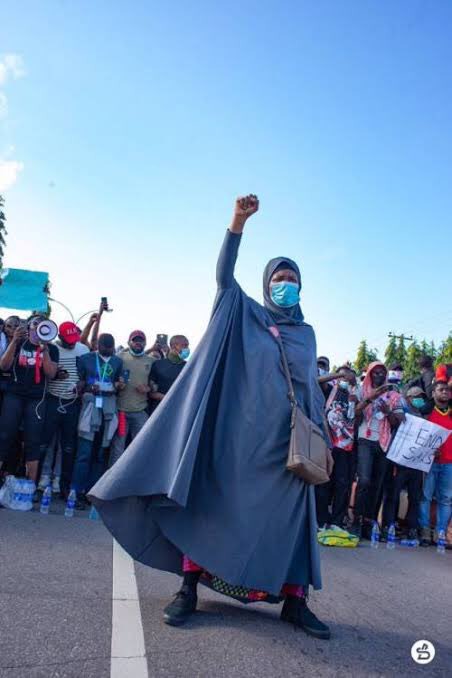 In a viral video circulating on the internet, the Governor of Rivers State, Nyesom Wike was filmed mocking the warriors of the Indigenous People of Biafra for been killed despite their charm. 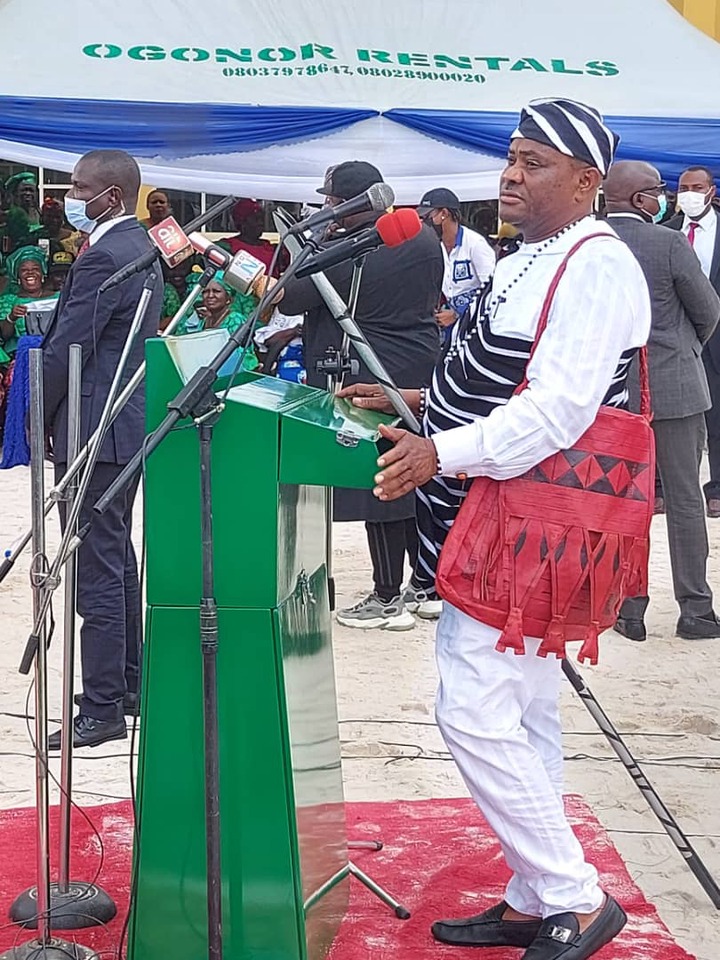 In his words, he said that when people say IPOB are moving around with charms, there shouldn’t be any cause for alarm because, they are always killed despite their charms.

He then issued out warnings to all terrorists and unknown Gunmen that the Government is coming for them, and they would be killed and buried without nobody to search for their body. 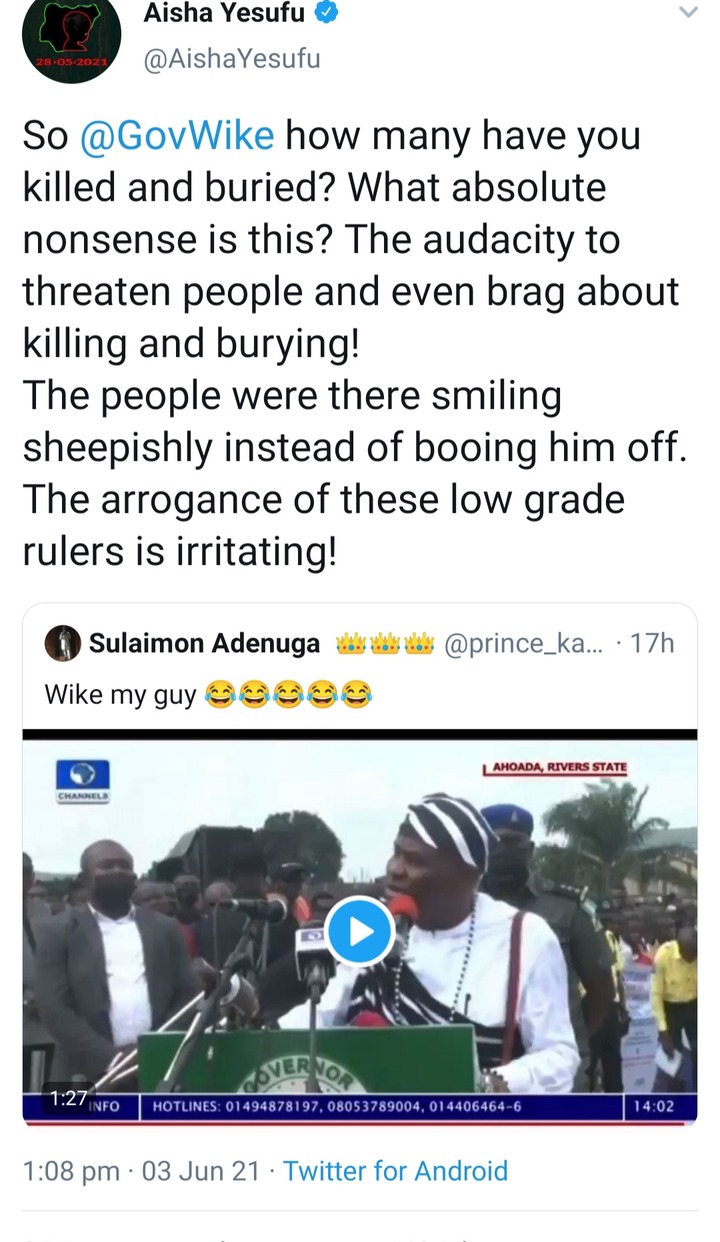 In response to this, Aisha Yesufu took to her Twitter handle to wonder why a sitting Governor would threaten the people with death and mass burials. She also blasted those who were hailing the Governor’s speech instead of bullying him.

Advertisement. Scroll to continue reading.
See also  Hillary Clinton says the 'cruelty' to Meghan was 'outrageous' and slams the Royals