The marriage of Nollywood Olaide Olaogun to her husband, Babatunde Ojora has packed up over allegations of domestic violence. The ex-Lux ambassdor confirmed her marriage has indeed ended via a cryptic post she shared on Instagram and on Whatsapp. Insiders said the actress who once claimed to have a “caring husband” said she was subjected to physical and verbal abuse in the marriage which was contracted on December 3, 2015. 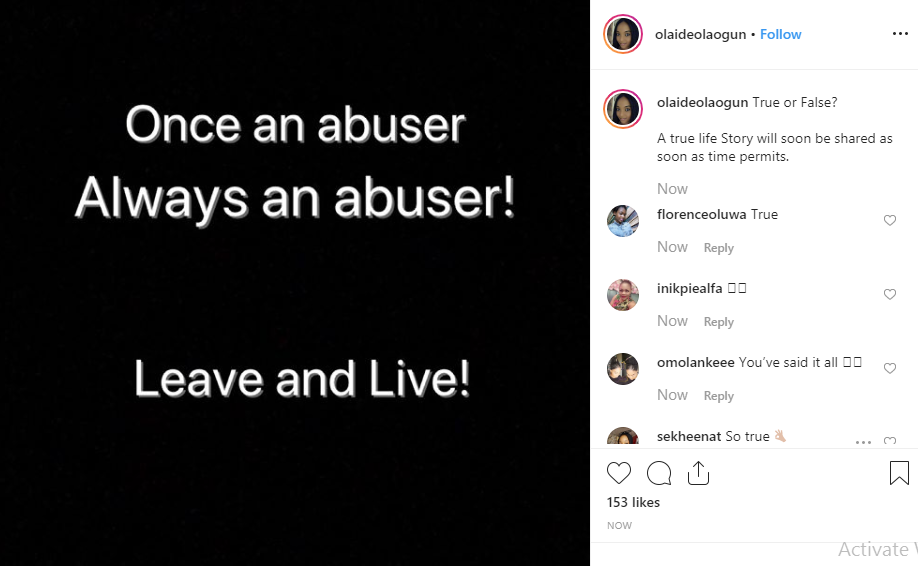 It was further learnt that the mother of two had previously filed for divorce from her ex-husband but made up with him after he begged and promised to change. He reportedly got worse and continued the abuse.

Leave and live. I got married to an abusive man! Physical and verbal abuse! And lots more that will be unveiled. I left him, filed for divorce but stupidly forgave him and went back believing his promises. He became worse! Now I finally freed myself from continous abuse! Hallelujah.