Nollywood actor, Zubby Michael, whose source of wealth has recently been linked to Prophet Chukwuemeka Odumeje has shaded popular Dubai based Nigerian big boy, Hushpuppi, saying that he has “unexplained money”.

The exchange of words began after the Nollywood actor took to his page on Instagram to share a post in which he alleged that “anybody trying so hard to prove he is rich is very poor physically, mentally and spiritually.”

To further buttress his point home, Zubby noted that wealthy people are not noisy. 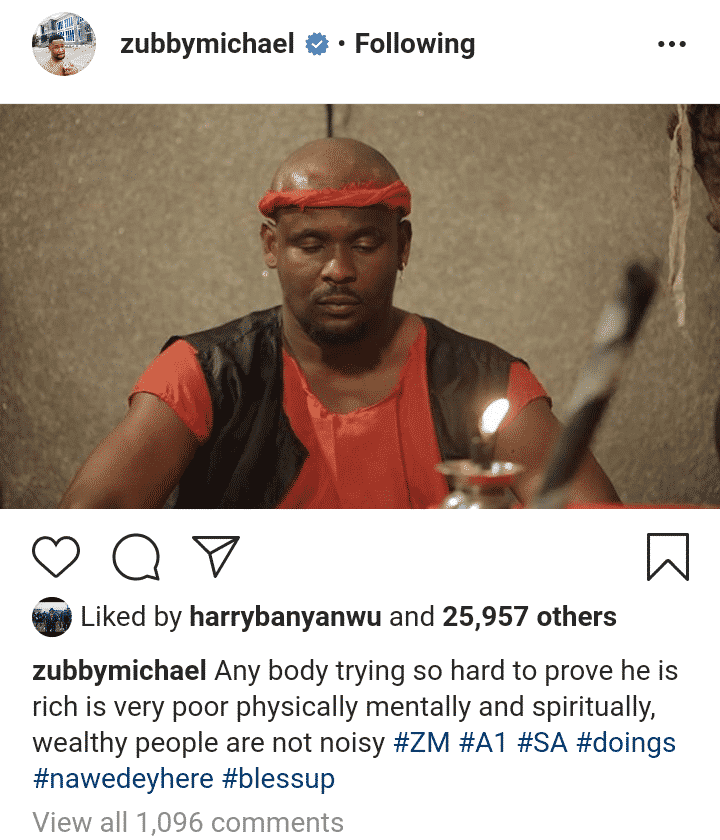 In as much as a lot of his fans agreed with his point of view, @praise.arinze1 was never going to buy into his opinion.

The follower who was infuriated by Zubby’s post asked him to shut up.

He further asked ‘noiseless Zubby‘ if he is richer than HushPuppi who is a very loud person.

In a swift reply, Zubby tore the Instagram troll and his celebrity icon, HushPuppi into shreds of uncountable pieces by schooling him that people with “unexplained money” ought not be celebrated.