A woman who claimed to be one of the passengers on the bus ambushed by unidentified gunmen on the Okigwe ABSU expressway has taken to social media to thank God for saving her. Meanwhile, she took a moment to reflect on her ordeal and how she managed to avoid catastrophe. 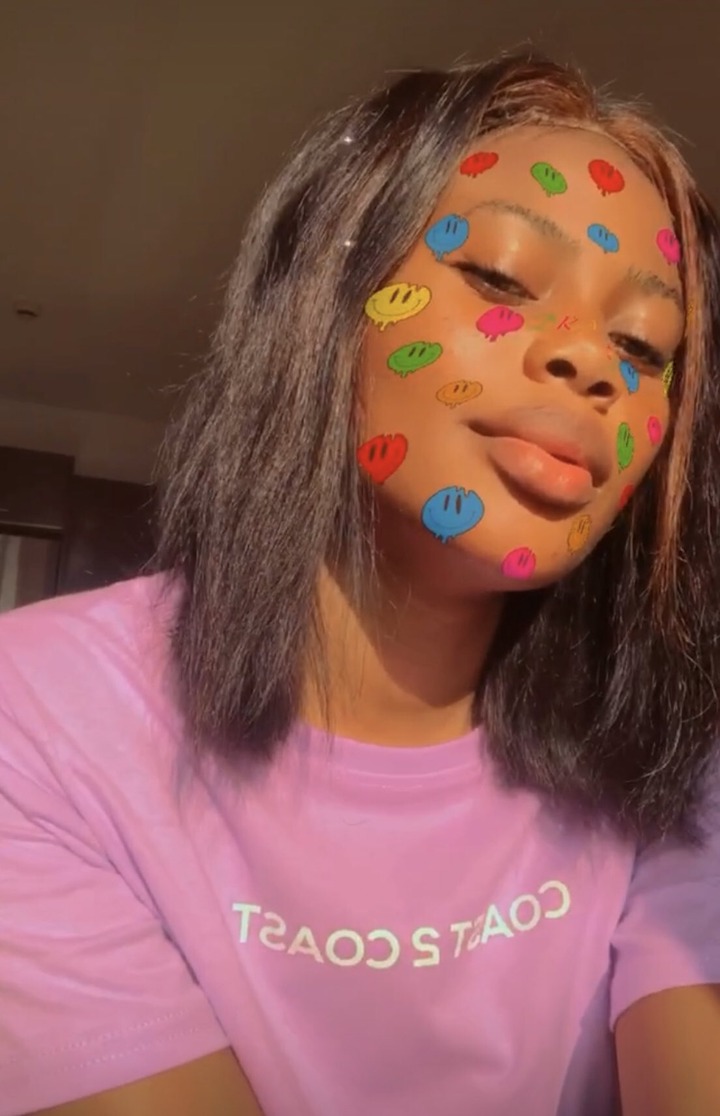 The Abia State Government has reported that gunmen operating on the University road kidnapped some Abia State University students on Wednesday. The armed gang marched the abducted students and other victims into the nearby forest, according to a statement by the State’s Commissioner for Information, Chief Okiyi Kalu, while two of the students in the bus managed to flee. 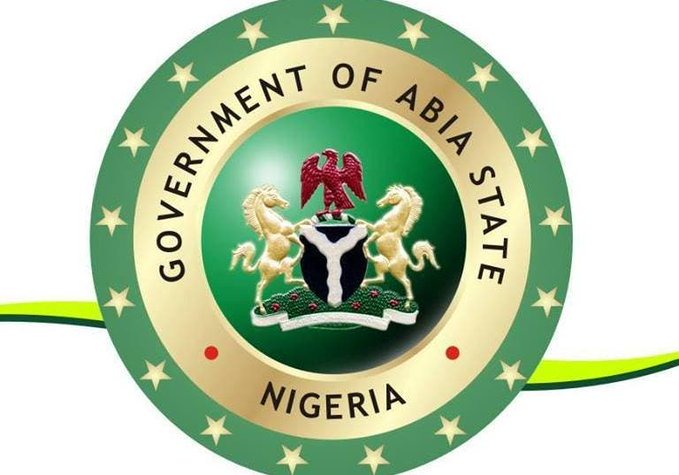 Meanwhile, the Twitter user by the name Jenny has revealed that she is one of the escapees in the incident. While narrating how the event unfolded, Jenny said it happened around 8pm or 8:30pm, when their bus was returning from the school campus.

Jenny explained that she had gone to the school campus to request a project, which caused her to be late for class. She said she went to the school gate after finishing all to catch a bus to Okigwe.

Meanwhile, she observed that by the time their bus arrived in Okigwe, the road from Uturu to Okigwe was already dark and lonely. She insisted, however, that the road being dark and lonely was nothing new to her because she had driven it many times.

The gunmen then came out of nowhere, she said, and the driver tried to brake, but the passengers yelled at him to keep going. People began to panic, she said, and a bus door was pushed open, while several people began jumping off the bus.

She said immediately she saw that 2 people have jumped out, she didn’t hesitate to follow them and start running.

She said the bus driver later stopped because of the fear of being shot at, but she had already gone far by then.

“God gave me a second chance and I appreciate him for that.” Jenny wrote.

She then prayed that all the abducted people be released by the gunmen without hurting or killing them. 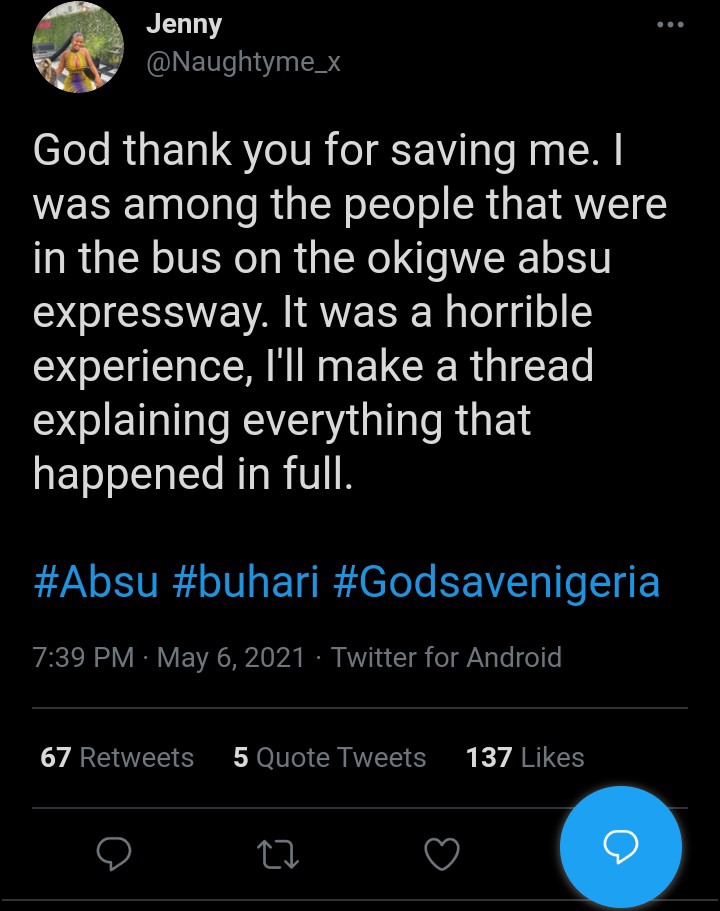 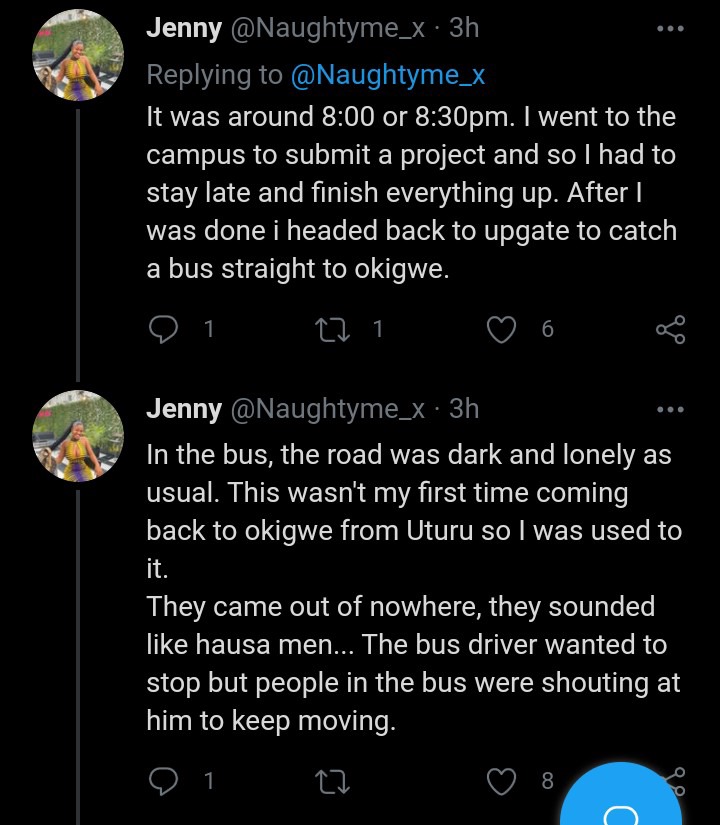 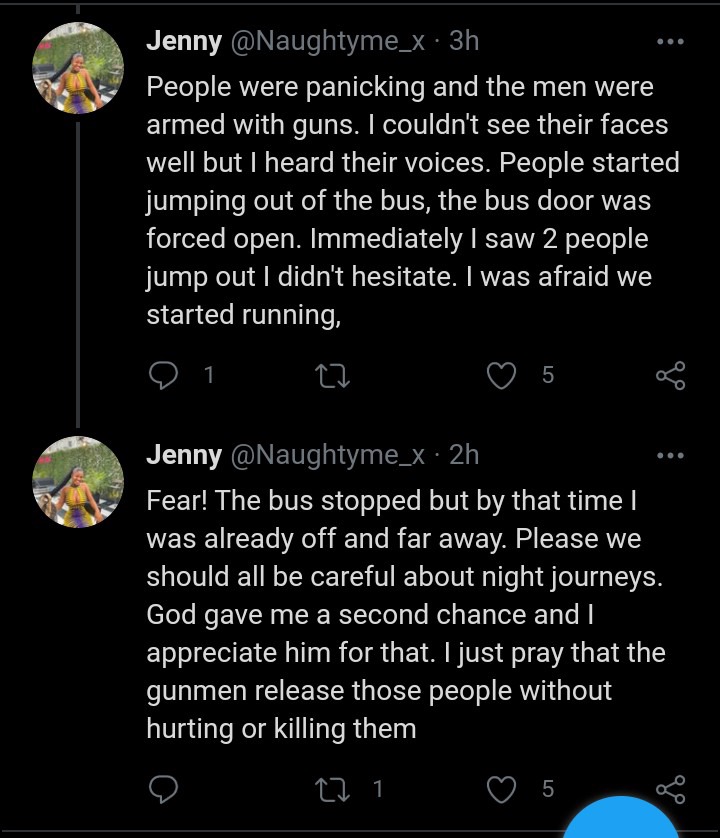 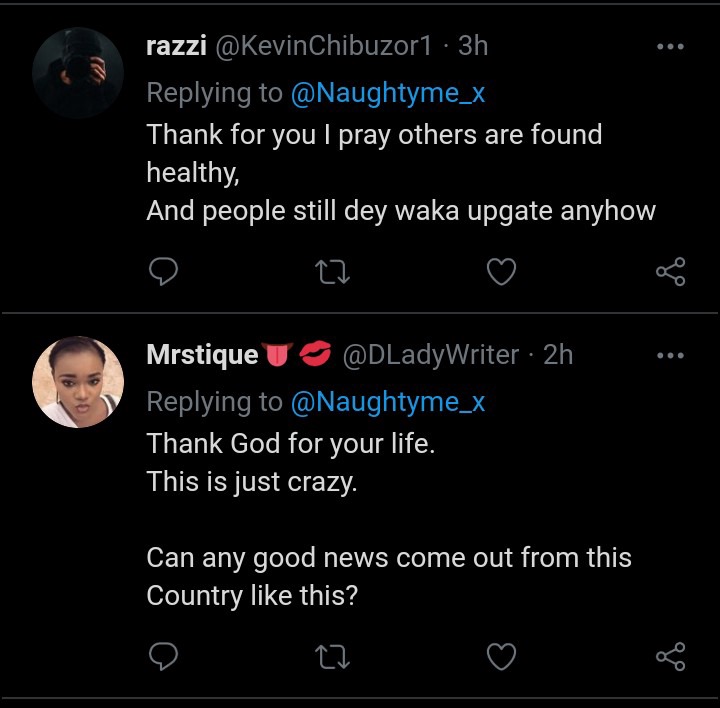 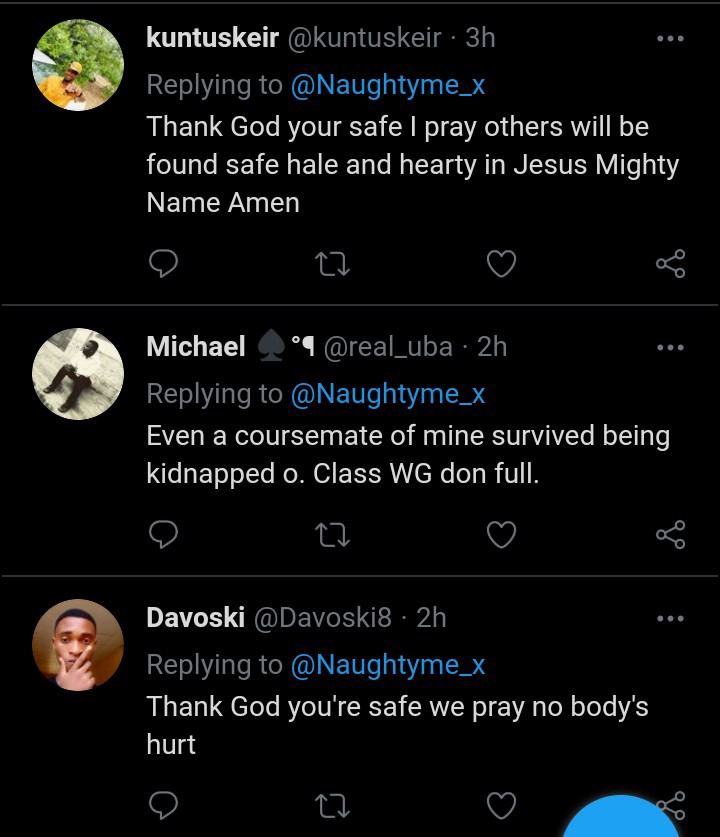 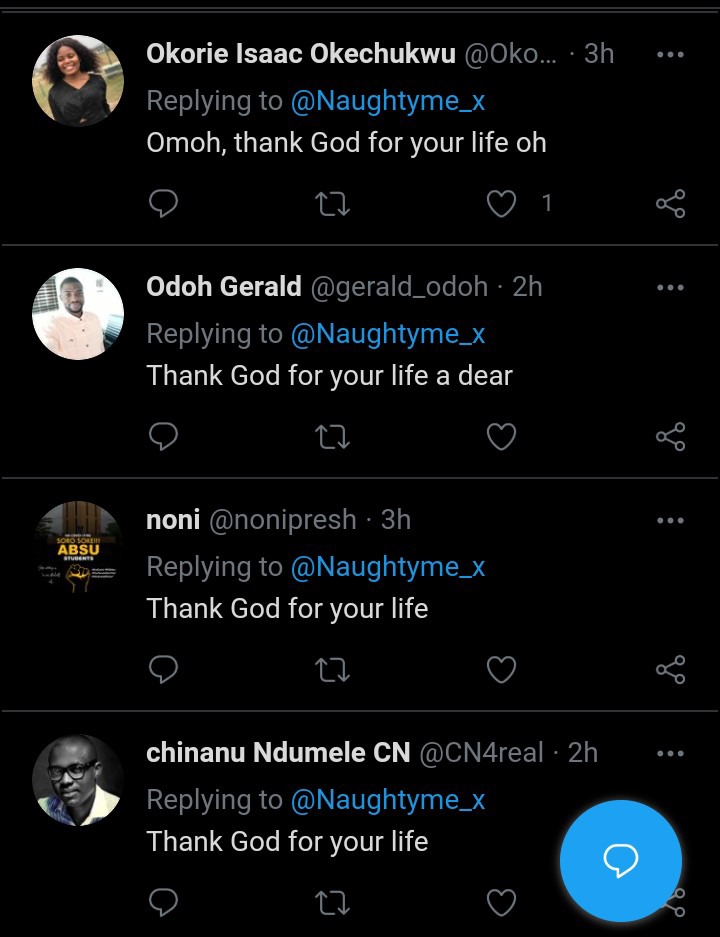 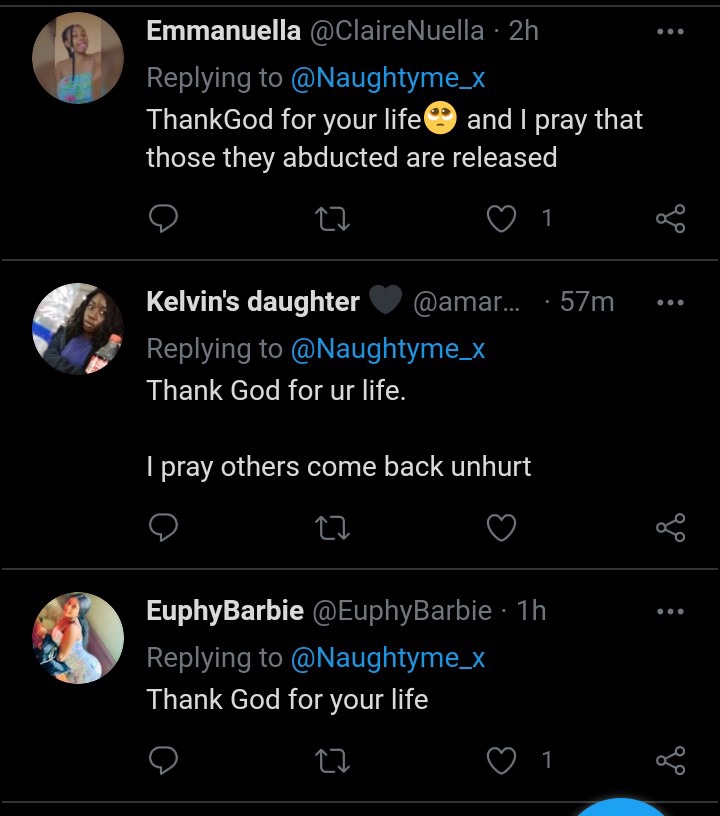 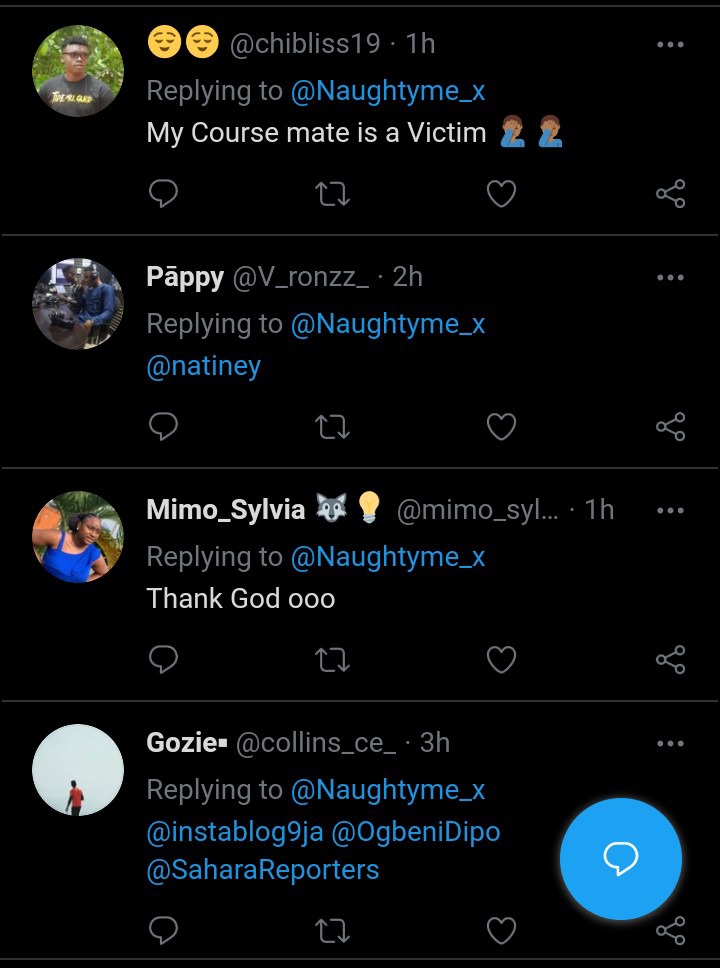