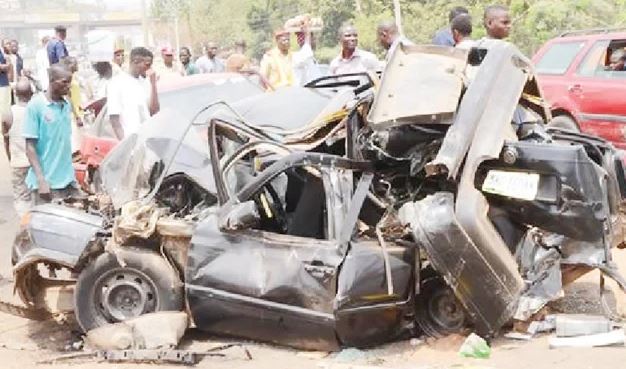 There was a tragic auto crash on Tuesday, July 20, in Kwara, leaving 10 dead and others badly injured.

The crash involving an 18-seater commercial Hiace bus, occurred at a location called Iyemoja, in Olooru-Oko Olowo, in the Moro Local Government Area of Kwara State , along the Ilorin-Jebba Expressway .

According to reports, the crash was caused by overspeeding, and it happened around 4 pm.

He added that the injured were taken to a private medical facility, Ayo Hospital, Oko Olowo, and the General Hospital, Ilorin, for treatment while the corpses were deposited in the morgue of the general hospital.